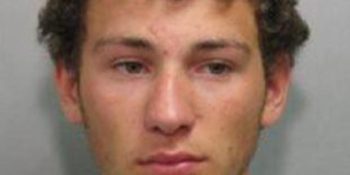 A 21 year old man from Larose, LA is currently on the run from the police for several domestic violence related charges. The local news has reported the Broussard pushed his way into his ex girlfriend’s home on May 3, 2017. After a verbal conflict he brandished a knife, threatened, and began to assault his ex who used her body to protect a child who was also in the residence. He is believed to have fled in a stolen 2012 Mitsubishi Outlander with the license plate number XLG572. The SUVRead More 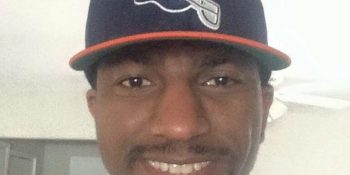 Brian Oneal Hale, also known as Breazy Taylor or Breazy Hale, is the epitome of a red flag. Not only is Brian a lying cheat, he is also abusive and a thief. I know this from personal experience so there aren’t many links to share other than the few that I will add to prove this isn’t just the opinion of some wronged ex but actual facts that Brian Hale is a criminal that women need to stay clear of. These facts can easily be verified. In 2015, I wroteRead More

CODE RED FLAG ALERT: Some online daters feel they’ve been looking for love in all the wrong places, and have lost thousands of dollars as a consequence. While these daters were searching for love, there would be love interests were looking for victims to defraud. Two victims, Teresa Snider and Terri Andrews, shared with Ohio’s 10tv.com that the con artists they met online seemed “sweet” in the beginning. However, soon after they started communicating the men started requesting monetary favors. For Snider, the amount started off as small as $200 thenRead More

CODE RED FLAG ALERT: The New York Post reports that early Saturday morning Johnathan Walker, armed with a .45 caliber weapon, entered the home of Shantai Hale, the mother of his 2 children, and shot his 7 and 12 year old daughters, their mother, and grandmother before driving off and killing himself. Sources are saying that he flew into a rage and attempted to kill the entire family because he believed Shantai was being unfaithful. His 12 year old daughter, the lone survivor of this massacre, called the police and letRead More

CODE RED FLAG ALERT :NBC Chicago is reporting 28 year old Dantis Porter has been arrested in the fatal beating of his girlfriend’s 17 month old son. The child was brought to the University of Chicago Comer’s Children’s Hospital on January 6th with numerous injuries including, “skull fractures, severe brain injury, a lacerated liver, a rib fracture, pulmonary contusions and adrenal hemorrhage.” The beating is reported as being so severe that a part of the baby’s skull fell off into the medical examiner’s hand while the autopsy was being performedRead More