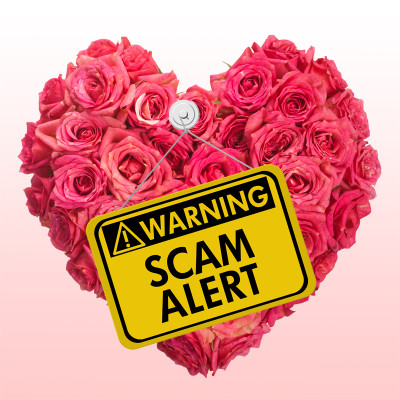 CODE RED FLAG ALERT: Some online daters feel they’ve been looking for love in all the wrong places, and have lost thousands of dollars as a consequence. While these daters were searching for love, there would be love interests were looking for victims to defraud.

Two victims, Teresa Snider and Terri Andrews, shared with Ohio’s 10tv.com that the con artists they met online seemed “sweet” in the beginning. However, soon after they started communicating the men started requesting monetary favors.

For Snider, the amount started off as small as $200 then increased to $800. Andrews recalls a $2,800 request from her courter. Neither of the women succumbed to the requests for money. However, one believes she may have assisted the con by sending him money he scammed from other unsuspecting women.

A look at the United States Attorney General database captures the depth and severity of these sweetheart scams. Unsuspecting online daters have been conned out of tens of thousands of dollars since 2013.

Learn to recognize the red flags that your potential suitor may be a con artist in disguise. Follow your gut instinct and use common sense when dealing with strangers on the internet. Remember, in this day and age, technology allows people to create online personas that in no way reflect their true character.

Plenty of men and women have used online dating successfully, while others have been scammed out of thousands of dollars. Some red flags that should cause you to throw a Flag On the Play include:

« I DON’T WANT MY WIFE TO DO THAT: THE MADONNA/WHORE COMPLEX (Previous News)
(Next News) YOU CAN’T HANDLE A STRONG BLACK WOMAN »