DEAR CRF, I AM READY TO LEAVE 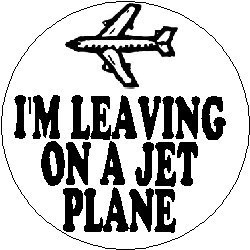 I’m an old fashioned woman and believe that any man in a relationship should not be on internet dating sites tagged, black people meet, etc. nor looking at smut on instagram/facebook and commenting/flirting with other women. Now I have explained this to him before when we first started being friends and expressed my dislike for it. I told him I had been hurt by someone in a past that did that and more and didn’t want to be with a man who does those things. I’m a smart, beautiful, independent women and very secure with myself my preference is just not to be with someone who has that state of mind.

I have caught him several times on instagram. One time we were in bed and he thought I was asleep and I rolled over and caught him scrolling through. The next time he had told me he doesn’t get on instagram but he asked me help him with something on his phone and I saw a notification from instagram. I feel this type of behavior is disrespectful to me and our relationship and I know he wouldn’t like it if I did.

We had a discussion last night and he told me that he doesn’t like women who flirt (which is not in my nature and I don’t do). This morning we were lying in bed and I saw that he had instagram in his recent apps list (which means he was on it last night or this, morning). So I asked him is if I could see his instagram account he gave me his phone. I guess he thought I wasn’t going to look, it really disappointed me. Nothing but a bunch of beautiful women humiliating themselves on the internet. Showing parts of themselves that only their husband/boyfriend should see. So I gave him back his phone and he says to me “satisfied now” and I said “I will be when you delete it.” so he said to me “I will when you delete yours.” that really gets me cause mine is a business account (he knows I’m not going to delete it), I don’t have any smut on there and don’t interact with anyone inappropriately. I don’t have any internet dating accounts, I do have fb but I talk about God, my business and positivity and I don’t respond to people who flirt with me. I give him the utmost respect, in every way.

Now he has an attitude because he knows I’m bothered by what he’s doing. I’m tired of repeating myself and talking about the same things. He knows how I feel about it but refuses to stop and simply because he won’t delete it shows a lack of respect for how I feel about it. Is removing him from my life the right thing? I’m about to move to another state and refuse to take this behavior with me.

By the way I love your page and your website.

What you settle for is what you get. It seems to me as though you’ve attempted to handle this conflict with him in a proper, adult manner. You’ve made your position known, so has he. His position is that he won’t stop. You have two options, deal with it, or move on. You’re not going to be able to change him. And you’ll just frustrate yourself by trying.

« FELLAS, GET OUT OF THE FRIEND ZONE (Previous News)
(Next News) DEAR CRF, HE SAYS ALL THE RIGHT THINGS »