DEAR CRF, HE WANTS TO HAVE SEX… 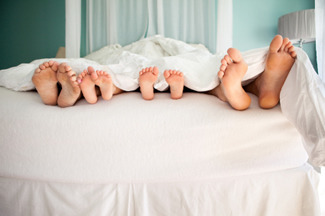 Dear CRF, I am dating someone, at the serious point. Actually planning to get engaged in the upcoming week. We went away for 4th of July and he wanted badly sex while my 4 & 7yr olds just fell asleep. I refused. It’s something I feel is not right especially that we are only gone for two days. He complained so much as if he hadn’t had sex in months. It was in fact a week prior we had sex. The current week I was caught in in construction repairs being done at my home all week that I didn’t have a chance to get together with him. The morning we check out of the hotel we had a whole day planned and he texts me while in the room that he is sick and wants to go home immediately ( it is 7 am ) yet he goes to the pool takes a walk and has breakfast alone.

We left about 10am and drove home. He didn’t talk the entire ride. When dropping me off he tells me let’s cancel next week cause I don’t think I can go. This week we both were going away (no kids) I had a work conference that he took off work come with me. Now I have no transportation and I can no longer book the hotel. The hotel has no more rooms available. We also had planned on coming home on Sunday and picking up the ‘ring’ yes the RING! I really don’t think I have seen red flags with him but his actions blew me away. Nothing like this has ever happened with him. Wow. I’m still floored when I think about it.

RESPONSE
Please think long and hard before saying I do to this man. If you’ve been following Code Red Flag for sometime, you know that I am a strong advocate for a God led marriage: God, Spouse, then children. In fact, you can read a recent advice column I wrote about that here. The thing is, prior to putting any one in front of your children you must KNOW, without any doubt, that that person has your children’s best interest at heart. How your beau has acted in this situation tells me that he does not. That’s a reason to throw a Flag on the Play!

As adults, I know we all have our sexual needs. However, one must have enough discipline to know that there are times and places (yes, even some kinky places) for that type of activity. In the room with another man or woman’s 4 & 7 year old children is certainly not the time nor the place. I would question the leadership ability of any man who thought otherwise. Here, not only did he think it was ok, when you were not ok with it he showed his ass like a grown boy instead of a grown man. The silent treatment, the canceling of plans, etc., are manipulative and controlling means of getting his way in the future. That is not the foundation of a healthy marriage. Personally, I would have lost respect for him making it impossible to move further along. However, it is simple for me to tell you to run as I don’t have any time or energy invested in this relationship. So instead, I’d suggest that you put the wedding plans on pause while you learn what kind of man you are about to make the head of your household.

« DEAR CRF, SHE PICKED HER BABY DADDY OVER ME (Previous News)
(Next News) DEAR CRF, IS THIS ACCEPTABLE? »