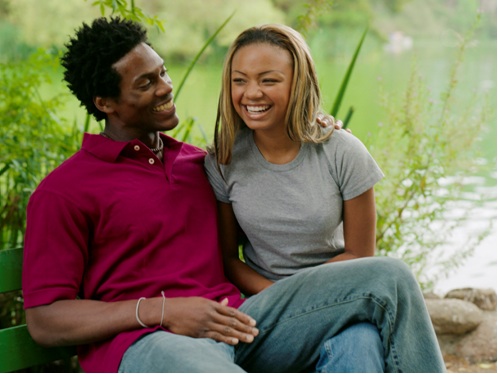 ‪Dear CRF‬, “Me and my girlfriend have been together for 7 months. She has this male best friend whom she’s known for over 20 years. He’s been around since we’ve been dating, and I was cool with it. I didn’t see an issue with her having male friends considering that I had female friends. Last month, I went to a family gathering of hers. This was the first time I met her cousins, aunts, and uncles. At one point at this gathering, my girlfriend and her male best friend were off in a corner talking and her male cousin came up to me and asked me “Are you ok with that?” At first, I was oblivious about what he was talking about. I didn’t see anything wrong with her talking to him. But then he told me that dude used to be her ex and that they dated for 3 years. This was over 10 years ago though.
I was furious because I felt like I was lied to. I didn’t say anything to her at the event out of respect for her family, but I ignored her the rest of the time there and she sensed it. I even left early, leaving her there with her family. When she called me the next morning, ready to break on me because I left her, I told her what I found out.

She said that she’s sorry and she didn’t think that it was a big deal because it was so long ago. I told her that I was uncomfortable with her being such close friends with somebody she had sex with. She called me insecure. I told her that she needed to make a choice between me or her friend because it wasn’t going to work. I didn’t mind her still speaking to him but I didn’t want to see him. Stop inviting him to places I’m going to be at, and don’t hang out with him at all. She said that he’s been her friend for over 20 years and he’s not going anywhere.

I thought it over and a few days later, I officially broke up with her. So now she’s running around telling everybody, including her family and her best friend that we broke up because I was jealous of him. I don’t think I was in the wrong. I feel like she lied to me and on top of that didn’t even try to make things right. Obviously the friend was more of a priority to her. Did I do anything wrong? Did I react irrationally over her still being friends with her ex?”

RESPONSE
She was wrong for the omission. And yes, your reaction showed insecurity. You don’t get to dictate who a girlfriend can be friends with, especially when it’s someone who she’s known for two decades. However, I agree that it’s best you kept it moving. As she said, her friend wasn’t go anywhere. You couldn’t handle this situation and she doesn’t seem like the type that was going to coddle you over something she deemed as insignificant. Better luck next time.

You did the right thing, she is a liar, & can't be trusted, and best friends or not, both need to respect your relationship, they didn't.

If she deemed it as insignificant then why hide their previous relationship.

You did the right thing.

Before finding out that she was sexually involved with him, you had no problem with their relationship. You didn't sense or feel anything wrong with the way they related to each other. Yes, she should have been honest. Yes, you should have been mad. She absolutely should have shown more remorse for hurting you and she should have tried harder to appease you. The fact that she didn't feel the least bit of regret is a clear indication of how she felt about you.

Your response was about right. I believe that no man or woman have any right to tell their partner to not be friends with someone they known longer than you, ex or not. But she was wrong for not telling the whole truth on the matter and she showed lack of respect for him. I wouldn't have broke it off but we would have to get to a middle ground somewhere