The Art of Fighting 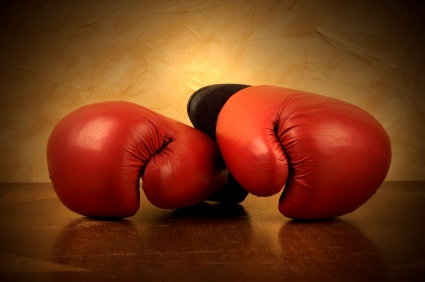 It happens in every couple. A miscommunication becomes a petty argument that could lead to worse things. A lot of people have strong personalities and don’t know how to go from doing what’s best for them to thinking for what’s best for the couple. Here are a few easy tips to navigate disagreements with your significant other.

1. Stick to the topic
If you’re arguing about your significant other never washing the dishes, don’t bring in how they gave you a crappy gift for your birthday or some other mistake that has nothing to do with the argument. It will only make things worth and nothing will be solved

2. Control your temper.
Keep the volume to a reasonable tone. Yelling and name calling can be seen as intimidation tactics to get your way but that is  never a good look. Keeping your voice in an even tone will help keep the tension down. Nothing is ever solved by yelling your point. Also, keep your hands to yourself!

4. Address the persons actions, not their character.
Talk about the person’s actions and how they make you feel. Don’t attack their character. If you do feel that there may be traits that give a clue towards a bad character, it’s time to soul search. Ask yourself if you’re willing to live with that or if it’s something that they may be willing to change.

5. Stick to the facts.
This is NOT the time to throw things in the other persons face, especially if you’re not sure it’s true. It’s not the time to go on a fact finding mission, manipulating and playing with words to get them to admit to things or to confuse them. Address the issue at hand and pick another time when you are both calm to speak to them about another concern.

6. Don’t play the blame game.
Be as objective as possible. Don’t blame them for the entire situation. Leave room to admit that you could have done some things differently as well. The conversation should have things for both of you to work on. Being the constant blame for someone else’s frustration is exhausting and may cause them to reconsider the relationship.

7. Pick your battles.
You have two choices: you can be right all the time or you can be happy. Not every issue needs to be addressed, not every point made, not every mistake pointed out. Simple reminders or constructive, gentle criticisms go a long way. If your significant other doesn’t dry the dishes after washing them, try something to the affect of, “Hey sweetie, I noticed you washed the dishes, thanks for that!  How about next time you wash and I dry?”

8. When you’re wrong, admit that you’re wrong.
Sometimes you’ll start something and you’ll be flat out wrong. Learn to stop, apologize and be sincere in that apology. Owning up to your mistakes is rare but much appreciated by your signifcant other.

9.Try to see yourself in the other person’s eyes.
If you’re the one who made the initial mistake, listen to what they have to say and try to understand. You may know where a certain habit came from, but they may not. Stop formulating your response in your head and hear what they have to say to you.

Arguments are an uncomfortable situation for all parties involved.  The most important thing you can do is learn to let it go of the issue once it’s done. Understand and remember what you plan on changing and work hard to fix that. Relationships are a compromise, you must give as much as you expect to get.
__________________________________

« Dear CRF, Since When Do I Need Permission? (Previous News)
(Next News) Always a “Wifey”. Never a Wife »