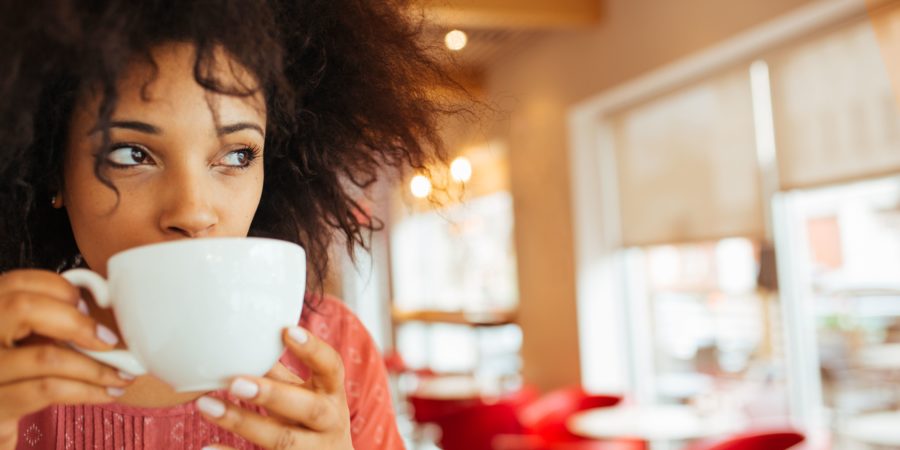 Lately, I’ve gotten back into the game and have been open to accepting dates, but not coffee dates. Unfortunately, it seems like the art of dating has been lost on many men who are in my dating pool and desire to get to know me. For instance, it seems that guys are now asking women on meet ups instead of dates. A meet up is a sort of pre-date. From my understanding it’s the opportunity for a guy to see if the woman who sparked their interest is worthy of a more conventional date. That worthiness 9 times out of 10 is determined by whether she matches her online photos or not. These pre-dates are normally disguised as, let’s grab some coffee. I say no to these invitations every single time.

Why do I say no? Well, there are quite a few reasons.

I get that men are seen as visual creatures (which is hilarious cause I’m a girl and swipe left on anyone I don’t have a physical attraction to). But you swiped right for something right? It’s time to dig deeper than looks and get to know me as a person. We don’t need a pre date for that. There’s this invention called a telephone and another activity called communication that works even better than some awkward meet up with a stranger. Get to know me before you ask me out on a date. You may find that I’m not your time and we’ve both saved time and energy. 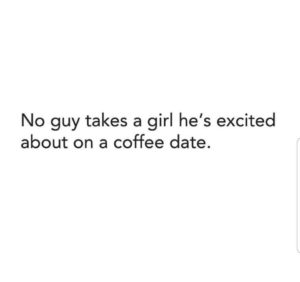 2) I’m not a coffee drinker
Now, that’s not to say I’ve never drank coffee. Of course I have. Hell, I was a law student. I never would have made it through finals without my Caramel Machiattos. But I am not one of those millions of Americans who can’t start their day without a cup of joe. I don’t own a coffee maker and there isn’t any coffee in my house. You’d know this about me if you had put in the effort to learn anything more about me than by waist to hip ration (which is null and void btw.)

3) I believe in quality over quantity
In this day of swiping left and right it’s easy to be overwhelmed by the variety of choices one has while actively dating. Some people play a numbers game; the more dates they have the more likely they are to find someone who they click with. I’m the opposite. In fact, I’ve been asked on several dates this month alone, including breakfast, lunch, dinner, and a walk in the park. I’ve said no to each. Especially the walk in the park because I’m not meeting a stranger in a park. Who am I Chandra Levy?

The reason I’ve declined these invitations is because my time is valuable, at least to me. After speaking with these men, via texts or actual conversations, I realized we are not a good fit. No matter what kind of date experience they offered the answer would still be a no from me.

See, I’m at the point in my life where I’ve been on great dates an I’ve been on bad dates. I’ve dated myself, I’ve dated for entertainment purposes only, I’ve dated just cause. Now, the older and wiser me rather not provide an audience to anyone I don’t see myself wanting to build with. That may seem odd to some but I’m not on the market for a situationship, FWB, or boyfriend. I’m fishing for a life partner. Everyone else is a throw back. It may take me longer to find my Mr. Right, but I am confident that when I do he will be perfect for me and I for him.