DON’T TELL: I MAKE MORE MONEY THAN HIM 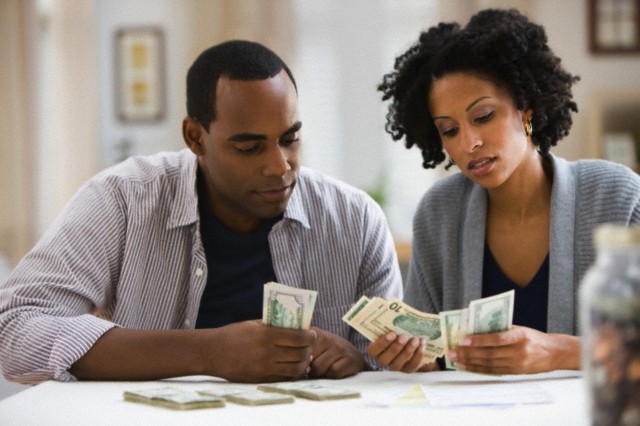 It should come as no surprise that with the fight for equal rights some women now make more money than their husbands or significant others. A recent New York Times article shows that while the wage gap may be closing, slowly but surely, people’s attitudes about which mate should be earning more money has not. In fact, a study of the census shows that women claimed to make less while men claimed to make more. This process has been termed “manning up” or “womanning down.”

Society still holds men accountable for providing the bread and butter for their families while women are expected to keep the home and children nurtured while still maintaining employment that can bring some money into the household; just not too much money it seems. So while we’d like to claim that we have and are becoming a progressive society, it seems as though minds and hearts are keeping instep with gender equality laws.

In fact, as the aforementioned article states, marriages where the woman is the main breadwinner are more likely to end in divorce; that’s if the couple ever gets married. I guess that is because at one time women were told they needed to find a man who could provide for them and their future children. Now, women are able to provide for themselves and money are choosing to have children later in life, if at at all.

Black marriages seem to suffer from this disparity the most. It has been noted that black women are leading in educational attainment for the last half a decade or so. Additionally, many small businesses have been started by black women just trying to forge their way in this world. Unfortunately, these gains for black women have not been transferred to the black molecular family. Is it that black men are threatened by a woman who earns more? Or, is it that black women don’t respect a man who isn’t bringing as much, financially, to the table?

What does this mean for  the future of marriage?

Whatever the root cause may be, the shrinking pay gap between men and women will continue to happen. The likelihood of women earning more than their mates, especially as the middle class blue collar economy shrinks, is almost a certainty. How far will hearts and minds be behind this change? Will it cause a decrease in the traditional family across demographics? Will men and women start being comfortable with the woman bringing home the bacon and the man nurturing the home and children? Are men even being taught how to “keep a home.” Or, are we failing our men when we place them in the provider only box?

« CASE OF THE EX: WHAT YOU GONNA DO? (Previous News)
(Next News) WHAT MATTERS MORE, THE VENUE OR THE COMPANY? »