WHAT MATTERS MORE, THE VENUE OR THE COMPANY? 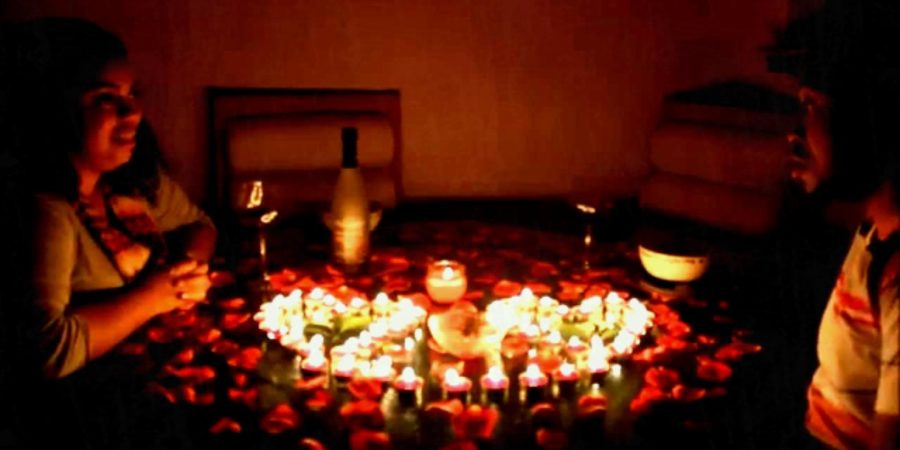 Of all the crazy things I’ve heard, seen and even experienced in dating-there’s a couple things that make me turn my head sideways like a dog. Silly, open minded and crazy as I am, (for those that know me personally) yes-there are somethings that actually will leave me speechless. I digress not exactly speechless, more like grab my curiosity.

That thing is, how a man’s worthiness of being date-able depends on the venue he chooses for your date. Now by no means am I a cheap skate brother, but at the same time-I’m not about to break the bank to impress you with an overpriced venue. And in this day and age, so it seems that’s what a lot of guys wind up doing. Yes, I understand first impressions matter. But if I have to pick between going in the negative to impress you, versus being short on my rent; don’t worry I won’t lose sleep comfortably on my 600 thread count sheets, over if you were Mrs. Right, or not.

I actually took a woman out a few months ago to a cool low key Thai spot. She enjoyed the venue, despite us showing up 35 minutes before closing, and the waiter was semi rushing us to order. She made the comment about the place being nice, BUT was expecting something like Red Lobster. When I asked why she expected that, her answer shocked me. She began by saying, how she always saw me on one particular social media app. How I was eating with different women, sometimes even with two or three at a time at those kinds of places.

Before I could control myself, I found myself retorting with a smart ass answer. Which, in fact, made a few people within in ear shot chuckle. After she stopped laughing, she attempted to clean it up, and say the venue was nice-but she was expecting more. But, by then the damage was done.

And, before we go any further, let me do a PSA, because I don’t want any man-using this article as a way to justify why he won’t take a woman out on a decent or nice date. I’m not knocking drive thru as a date, if that’s you-and she’s fine with it, Amen. While at the same time I’m NOT promoting the ‘broke f*ck boy dating starter kit’ shenanigans, we see and hear about in the dating pool today. Different strokes for different folks. Truth be told, it’s plenty of good venues, that are easy on the budget, for a good time. Mind you, I’m speaking from the aspect of a first date.

I’m not going to drop some magical sprinkle covered bullshit, and say that the venue you take her to doesn’t matter. In fact it does matter, and at the same time, depending on the type of woman you’re dealing with-it doesn’t matter. Confusing as hell isn’t it? This is the answer I got when I spoke to my ex about this situation.

Should it hold as big of amount of weight as some people make it? NO. Should the venue you take her out be the deterring factor you getting a second date? NO. Should the venue at least show her you at least put some effort into it. YES. But at the same time, you can take her to a five star spot, and not get a call back. Not because she didn’t like the venue-but because she didn’t like YOU!

I can tell you from experience, where my dates personality and conversation were lacking-but a
comment about the venue we were dining salvaged the date. Not salvaged it to the point where there was a follow up date though. I can count on my fingers, and a few friends’ hands as well-where I was ready to ask for the check soon as the food arrived, because the person I was with was about as much fun as attending a school shooting.

Although, there are some women who are out just to get a free meal in some scenarios. There are just as many who are out there, who really want to get to know you, and make a possible connection.

So, don’t discredit the impact of the atmosphere of where you take her. Nor let the thought of ‘if I don’t take her some venue to impress her I won’t have another shot’ stress you. I’ve seen more first and second dates pop off at Red Lobster, Olive Garden and Chili’s-and lead to long term relationships, than I can shake a stick at.

In my view, the venue holds about 30% value of the date. Now you might be thinking ‘that’s way too
low’. In fact part of me even thinks 30% is giving it too much credit still. You may be thinking, if where we’re dining is only 30%, ‘what makes up the other 70% of the date’. Good question. That other 70% comes from YOU. The both of you together. That huge 70% consists of attraction, vibe, chemistry, conversation and so many other determining factors.

I’ve heard about epic first dates over coffee, in the park on the bench eating ice cream etc. Dates that did not involve a man going overboard trying to flex. Not knocking a man who can drop 300 on a meal, to each his own. But that don’t mean he’s going to get a second date or that it will pique her genuine interest. For all he know while she texting about when the next time he’s going to take her out, she could have him saved in her phone as “free expensive food”.

While I wrote this, I actually asked a few women around my job, and even text a few female friends ‘how important is the venue of a first date’. Most responses were in70%-75% range, said where they went was important. So that leaves the last 25%-30% to be left up to vibe, attraction and chemistry of the date. Shocked the hell out of me.

I say that because isn’t that the whole point of going out on the date in the first place? To feel someone out, to see if you two get along? Like one woman told me after I explained my point. “You’re right, it don’t matter where we go-if the chemistry is trash. Ain’t nothing popping.”

You’re not just there for a meal. Pause. Okay, some of you might be, and if you are this article isn’t for you. But for those who are dating to actually find someone, then this is for you. You’re going out to see how you and this new person vibe, and if there’s a possibility of building something together.

Now again, I know some of you fellas-may try and use this to justify a first date at McDonald’s. STOP IT. AND GROW UP. I can see it now, a guy goes to pick up a woman and she’s looking magazine cover ready. And, she’s anticipating a wonderful evening, expecting to hear “A table for two? Wonderful, right this way. Would you like to see a wine menu?” But winds up hearing “Welcome to Bubba and Bufford’s Belly Buster Burgers. Would you like to try our new big busty bubba burgers with our secret Bufford sauce?”

I don’t expect for everyone to agree or see things the way I do. But at the end of day, we all can agree that we want most of the same things. We want someone to have chemistry with, someone that vibes and get our sense of humor-someone to make us laugh until it hurts like we kids back on the playground. And most importantly someone to grow with and build something, that’s worth having. Or at least that’s why I’m dating. So ask yourself, next time you go on a date, “Am I going because I want to get to know this person, or, because I want to see how fancy the venue is where we’re going.”
___________________
Written by, Avorey Washington. Writer at Kak’s Corner.

« DON’T TELL: I MAKE MORE MONEY THAN HIM (Previous News)
(Next News) EX WIFE SUES HUSBAND AFTER HE HITS THE LOTTO JACKPOT »