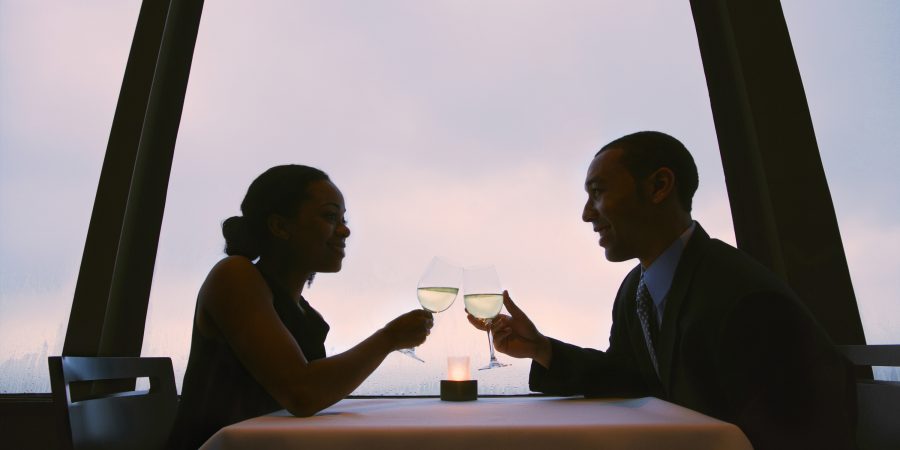 There are some questions in life you have to ponder. I mean seriously, like sitting at a desk with hand on chin, while the jeopardy music plays in the background. Then there are other questions we have the answer to before the speaker even finishes the question. Sad to say, in this day and age the question of “who pays for the date”, is a question that can fall in either category. Well, depending on the person.

A long time ago-back when they still listened to radio. Wait, no that’s too far back. Anyway, my point is there was a time when a man would actually court a woman. During that courtship, movies and dinner would occur from time to time, in which the man paid for it. I know some of you may be shocked and terrified at this knowledge.

Now let’s jump into the time machine back to the here and now. Yes, the wonderful present in which we live. A time where we use highly advanced ‘smart’ phones, to do ‘stupid’ things.

One would wonder, given so many advancements and set-backs in social norms and trends, how a question that was once answered-now has become tangled in so much controversy. How did we get here? Well, before we call Scooby Doo and the gang to solve this mystery let’s look at a few things.

Some of us men, we were raised with the mindset of ‘if we ask her out by default we pay’. This is the old school logic that has been planted and deeply rooted in us. Others might even consider it part of the whole ‘gender roles’ conversation.

Meanwhile in 2018, some of us perceive going dutch, is not that an issue. There are men (and women) out there who feel a fancy expensive dinner or meal, isn’t needed to actually get to know someone.

Which I can’t argue with, because the date is supposed to be about getting to know each other-not the cost of said meal. And no, this does NOT in any way shape or form condone or encourage men who see McDonalds as good spot for a first date.

It really all depends on that man’s mindset and his background. But then again, given the number of variables these days so many potential relationships never take flight due to this one issue. Some of us will forever be flight delayed at the relationship airport cause of our views on dating topics such as this.

But, you may ask yourself, why is this such an issue? What happened that made something that was a solid fact in the dating game, now a trivia pursuit question.

Simple. The times have changed. Morals have changed. Expectations, requirements and dating practices have changed with each generation.  It depends on the person you’re talking to about it. Perspective is the key word, because everyone has their own view on what has happen. A few people might mumble the feminism movement, the ‘I’m independent and I don’t need a man for anything’ movement, or, lastly ‘there’s no males to show boys how to be men.’ It could be a balance of all three, who knows.

Values have been warped to the point where Netflix and chill is considered a dating standard. I’m not knocking this ‘date’ at all. But, it’s one thing to be in an exclusive relationship and have a date night that is ‘Netflix and chill’-that’s not a first date activity.

In this time and age, a lot of men fear their money and time may be wasted. But at the same time, who is to say his time is not just as valuable as hers. Time is valuable no matter how you look at it, and no one wants their’s wasted.

Unfortunately and realistically, there are women who only go out on dates for the free meal. There was a story floating around about this maybe a while ago. A highly attractive woman admitted to trolling dating apps and preying on men to go to expensive places to eat, and running up a questionable tab.

Not all women do this, but the number is noticeable enough.  They will simply go out and let a man pay when they know they have no real intention of seeing him as a potential suitor. I’m not debating the morals of if she is wrong or right (at least not in this article). But, I know this is one of the leading reasons some men see no problem going dutch.

A lot of people might say the above statement is an excuse. While others may nod in agreement, and suggest a cheap date like meeting for coffee at a cafe; then it wouldn’t matter who pays, would it?  There are even those who would recommend dating alternatives besides eating, like an open mic or museum. But, even then there are some women who would frown at these less than stellar dates.

From recent personal experience, I had a woman decline a date based on my plan. It was for one of those ‘Canvas Comedy Show,’ I’m sure you’ve heard of them. We would paint, drink wine while comedy was being performed. She felt that was more of a thing to do with her girlfriends, than an actual date with a man. Plus toss in the fact, she had just done it the weekend or so before for a girls’ night.

I say all this to say, I understand both sides of the argument. People are deep rooted in old school tradition, despite advancements of gender roles being debunked and destroyed. For them, there is no argument, the man is the one who pays.

Personally speaking, I was raised in the old school tradition, so I believe the man pays, but I’m not closed minded to the new school rules. I know I’m supposed to pay for dinner if I ask a woman out. If she offers to pay, I’m not against it and I will put up a minor fight, but if she smiles and insists-I’ll cover the tip at the very least.

At this point of the game, I think it’s every man for himself on this who pays topic. Every man should do what works for him, and especially his budget. No need to blow the rent money, on date that could be a disaster.  I think, after a number of conversations, you should get a vibe for what kind of person they are, and what they expect-and you should act accordingly.

Which team are you, old-school or new-school, when it comes to who pays when dating?

« LET’S CHILL, LET’S SETTLE DOWN (Previous News)
(Next News) CASE OF THE EX: WHAT YOU GONNA DO? »