WHY CAN’T A MAN BE MORE THAN JUST A PROVIDER? 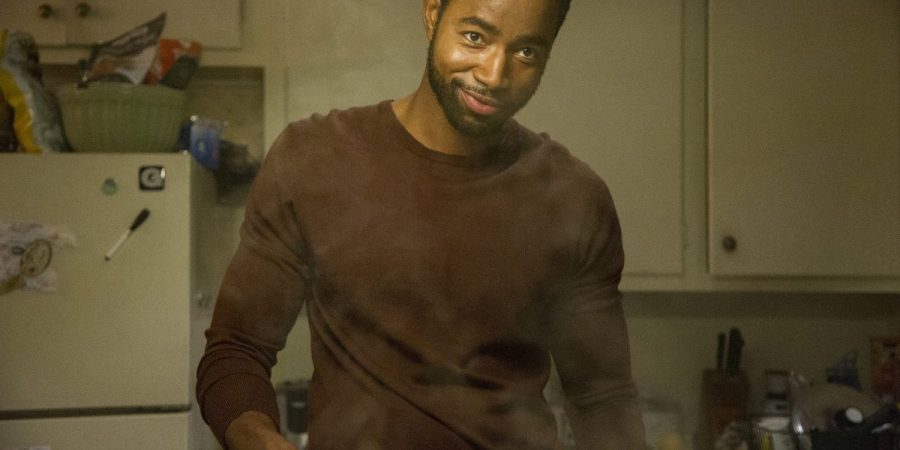 If you’re like me, for the last week you’ve probably been wondering what the hell did Laurence Fishburne do? And why, per the interwebs, he ain’t shit anymore?

Like many of you, for the past week I’ve been treated to a barrage of Iyanla-like prescriptions of what is supposedly so WRONG with Lawrence, the fictional character from Issa Rae’s new HBO show ‘Insecure.’ And after reading a few op-eds sum up Jay Ellis’s character as “no prize,” “unambitious,” and a “shiftless bum,” I started to notice a trend, a trend we often see when we discuss black men and their worth in black relationships.

In typical fashion, the discussion of Lawrence has been one-dimensional, mostly condemning him for his employment (or lack thereof). While the discussion surrounding Issa’s character has consisted of some minor finger-wagging for cheating, but ultimately a tip of the hat for ‘doing her’ and getting her itch scratched by Daniel.

What I think has been sadly missing from the discussion is a broader perspective of Lawrence. Black men are rarely seen as three-dimensional people when we discuss their role and performance in relationships. Oftentimes, we are largely, if not only, seen through a prism of productivity and ability to be a provider for our family. What does he do all day? Is he employed or not? Is he ambitious or not? Is he a provider or not? And from these couple of questions our relative worth is derived. This would explain why Lawrence’s apparent cardinal sin of not being employed has made him the poster boy for men undeserving of fidelity, let alone a second date. One female writer even stated that Issa should have cheated on Lawrence sooner.

Yep, she really said that.

If you’re at least an 80’s baby like me, you may recall the reoccurring 90s McDonald’s ads about Calvin, a young enterprising brother on the move that supposedly had a bright future ahead of him because he had a job at McDonald’s. You may also remember how the women on the corner spoke about him in one of the ads. “I heard [Calvin] got a job… it’s about time he got himself together.” The idea that a man is “together” or is suddenly of worth simply because he is employed is just as much a disservice to a man as the idea that says a woman is of greater worth because she is booed up. This line of thinking not only diminishes a man’s overall contribution to a relationship but renders the emotional and mental components of a man largely insignificant, if not irrelevant when dating.

We never examine or discuss a man’s psyche/mental state until he goes off on some Kanye-type rant or becomes violent. If Lawrence was a real person, who knows what kind of personal scrutiny or even depression he may have been fighting as the years passed by. You saw the scruffy “I-may-or-may-not-have-washed-my-ass” -looking beard, right? Who knows what level of personal defeat he may have felt when he had to forego his dream of developing his app for a job at Best Buy? And the brother couldn’t even work in the computer section. Damn lol! I joke, but these are the kinds of questions that never seem to find their way into conversations pertaining to black men. We know that white men without degrees are still much more likely to be hired over black men with degrees yet our discussion of black men and their worth still remains about as shallow as a hook to a Destiny Child’s song.

Can you pay my bills, Lawrence?

I mean, if we can muster sympathy for Issa as a black woman feeling the need to stay in a relationship because of societal pressure, then it would be nice if we could also surmise the level of immense personal shame Lawrence must have felt as a black man, adept with a degree, taught to bring home the bacon but unable to make good on it for four years to the point that he was so distraught that he even forgot Issa’s bday. Remember when he told his friend that even though he forgot Issa’s birthday, it wasn’t because he cared any less for her? Message!

At the end of the day, I do believe like Frank Ocean sang, “the girls try, the boys try.” And deep down, I think Lawrence still wanted to succeed for not only himself but for Issa too. That’s why it’s unfair to call him a bum. Though he had obviously gotten discouraged, he still wanted to prove to Issa that after four years he was still that guy that she thought he was when they first decided to get a place together. That’s why he let Tasha know that he had a girlfriend when she crossed that line. You see, he appreciated and respected Issa for her sacrifice, but unfortunately the only sacrifice Issa had been groomed to appreciate was the kind that could be deposited.
____________
Written by, Curtis A. Thomas, guess writer for Code Red Flag.