Dear CRF, Since When Do I Need Permission? 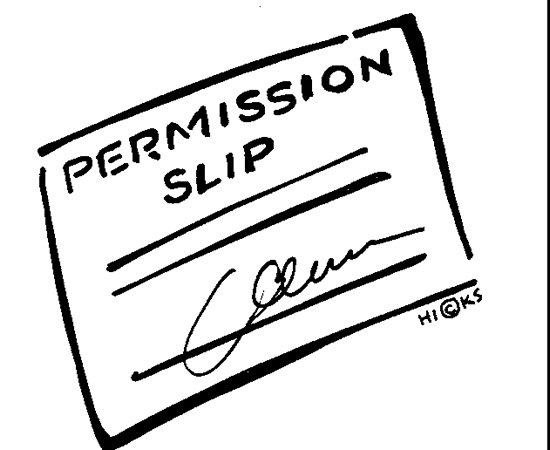 “I recently broke up with my children’s father after 11yrs. We have two daughters together and I also have an older daughter from a previous relationship (which he didn’t meet until a yr after dating! I just don’t get down like that, bringing men around my children so easily).

Anyway, the convo came up about me eventually dating, which I’m no where near ready to do at this point, but he stated that when the time comes he would have to not only meet the man but also APPROVE of him before our daughters could be around him! I told him that he’s out of his damn mind!

First of all, he should trust my judgement that I wouldn’t put our children in that type of situation without feeling extremely comfortable and feeling like there is serious potential with this man. Secondly, I have no problem giving him the respect of maybe meeting the man that will be involved in our children’s life, but I said I do not nor will I base my future relationships needing his approval!!

The breakup was me, he didn’t want to breakup and I am wondering if he’s telling me this because he doesn’t wanna let me go and feels like that’s the only thing/way of keeping some type of control, or is this really a genuine concern about our girls? Keep in mind, he most certainly isn’t father of the year material! When the time comes, how do I proceed, what do I do? Just need some input from both men n women. Thanks!”

First, I want to say that i think it is awesome that you are being forward thinking on an issue that could likely cause conflict in the co-parenting relationship you have with your ex. That is a very admirable quality and I wish more people would be proactive instead of reactive.

Now to deal with this issue I need you to take a moment and think of it from a neutral space. Yes, it could be likely that your ex wants to be in your personal business for no other reason than to make it hard for you to move on from him BUT it is also plausible that he has legitimate concerns.

In the past few years we have seen many unexpecting parents lose their children to men or women whom they truly believed that their child would be safe around. That doesn’t make them a bad parent. Love/infactuation/etc often has us seeing through rose colored glasses which prevent us from seeing red flags. This site is full of such stories.

In my opinion it is wise for both parents to meet and raise concerns regarding anyone that will be brought into their children’s lives. Just as he will want to meet the guy you want to bring around your children, you should meet any woman who he would bring around them as well.

Finally, should the time come that such a meeting is called for (my understanding is that he would only need to meet a significant other who would be around the children not just the guys you date) and he gives objections do not dismiss them as jealousy. Listen to him and make him give a clear reason for his objections. The way he objects will tell you everything you need to know.

« The Golden Rule (Previous News)
(Next News) The Art of Fighting »