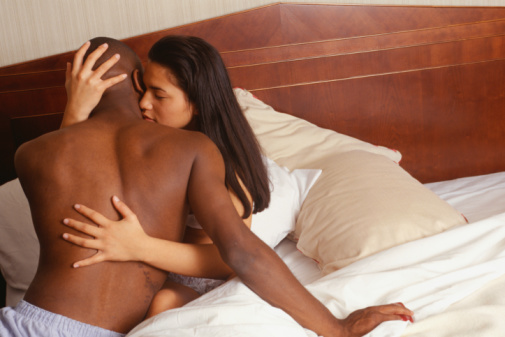 Why do men cheat? It’s an age-old question; so old but yet still so relevant, even today. Women in all cultures have asked this question and they still are asking this question. “Why do men have to cheat?” It’s like it is inevitable—get a man and you get a cheat. Grant it, not all men cheat. They don’t. But enough men do cheat to justify asking the question of all men; “Why do men cheat?” A simple Google search of the term yields 20,900,000 hits. There are thousands of articles and hundreds of books written about this one subject—cheating men and why they do it. So yeah, people want to know. Women need to know. And if you read this blog to the end, you will know, once and for all, why men cheat.

The well-known, well-respected medical website, www.webmd.com, tackles this question in an article, The Truth About Why Men Cheat, which, by the way, is written by a woman; Nicole Yario. In this article, WebMD suggests that men cheat because they are—ready for this? emotionally dissatisfied. (Huh? What?) Yes, that’s right. According to this article, which is based from a study of 200 cheating men, 48% of men rated “emotional dissatisfaction” as the primary reason they cheated. How did they come up with this earth-shattering discovery? Marriage Counselor M. Gary Neuman got together a bunch of cheating men and asked them a series of questions that centered around their infidelity. Why? Why did you cheat?

“You had a lovely wife who was faithful to you. Why would you step out and risk losing her for a one-night stand?”

“Why would you hide and lie and sleep around on the woman you claim you love so much, exposing her to ridicule and even disease?”

“You knew what you were doing was wrong and would hurt her. Why do it for cheap sex?”

Wait. That last one was from Beyonce. But I’m sure even Beyonce would like to know why? (Back to the study) These men, primarily husbands, were either caught or else somehow confessed to their wives that they had cheated. And now, feeling remorseful, these cheating men agreed to be part of this study and as part of this study they gave “emotional dissatisfaction” as to the reason why they cheated.

But there is one tiny problem with this approach—cheating men tend to be lying men. Does counselor Neuman really expect us to believe that these cheating men will tell the truth now, after the fact, about why they cheated? Are they to be honest now in their reason when they were not honest in their cheating? In law, there is a rule—once a perjurer, always a perjurer. In fact, once a person has been convicted of perjury, they are forever banned from testifying again. “You lied once? You not getting another chance to lie again.”

So, we really cannot give too much credence to WebMD’s “emotionally dissatisfied” reason for why men cheat. That reason, coming from men who cheated, cannot be trusted. No, the real reason men cheat is simple—men cheat because immature men are more in love with sex than they are with the person who is giving them sex. It’s just that simple.

The wisest man to ever live wrote, “Hell and destruction are never full; neither are the eyes of man ever satisfied.” When it comes to sex, most men are insatiable. One of the few things that can satisfy a man enough from stepping out on his wife, girlfriend, significant other is his love for the other person. The love for you has to be stronger than the love for sex. It has nothing to do with you, the woman, and everything to do with the man.

Men love sex. A lot. But he must love you—the person, your character, your personality, all of your idiosyncrasies that make you you, more than he loves sex, only then will his appetite for sex be held in check. And that only comes with maturity. If these men in the WebMD study were mature enough, honest enough with the surveyor their answers would more likely have been, “I wanted sex more than I wanted my wife. I was more in love with sex than I was with my wife.” That is a hard answer to give. Only a mature man can admit that he was too immature to place his love for her above his love for sex.
__________________________________
Written by Solon Phillips. Solon Phillips holds a JD/MBA from American University. He resides in Bowie, Maryland. He is the author of the book Colored Water: Marriage, Involuntary Divorce, the Law & God.

« THE ONLY 2 RULES TO DATING YOU NEED! (Previous News)
(Next News) I CARE TOO MUCH TO BE YOUR SIDE CHICK BUT NOT ENOUGH TO BE YOUR WIFE. »