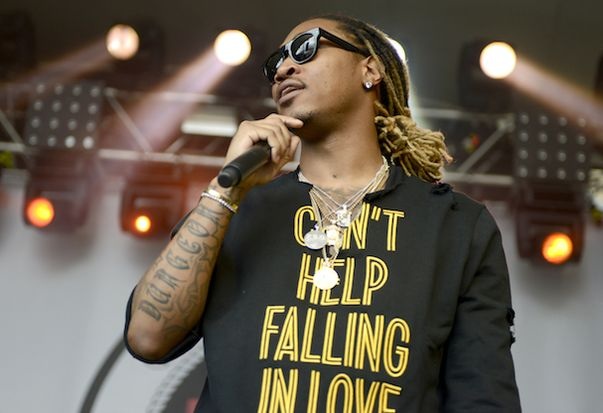 How did that work out for you?

It amazes me how naive women can be when choosing to procreate. Let’s take for instance the Ciara/Future situation. Ciara is a famed R&B singer and Future is her baby father/ex fiancé. Before Ciara came around Future had already shown the world who he was. Future was definitely a rolling stone. He had already impregnated, cheated on, and left three other women to raise their children as single mothers. But somehow, Ciara thought it would be a good idea to sign up to be a part of his harem.

Maybe when the R&B singer stepped in the picture she figured she’d be different, as many women who end up in these bad situations do. After all, her goodies were incomparable to any woman who he may have been with prior to her. She knew when to keep them in the jar and when to let them out. The women before her didn’t have her talent, beauty, or money. How could any man pass on that? She was his upgrade; at least in her mind.

That thought process is at the crux of the issue. See, that’s woman logic. Not man logic. And especially not grown boy logic. Do not be mistaken, Future, and any man like him who goes around spreading his seed indiscriminately, is a grown ass boy. A lil boy trapped in the body of a grown man. One whose id has never fully developed. One who can not and will not appreciate any good woman. But for some reason, Ciara thought she’d be the one who would tame him.

Unfortunately for her the law of averages just wasn’t in her favor. As I’ve stated numerous times on the Code Red Flag fan page and in Chapter 3 of my book Flag On The Play, men with multiple baby mommas are red flags. They were red flags for baby mommas #1, #2, & #3 and will continue to be red flags until they no longer can procreate (even after then in reality).

There is no taming a rolling stone. A rolling stone doesn’t want to be tamed. A rolling stone wants to be free from consequences of his actions. That is why Future sees no issue in berating Ciara publicly for daring to move on to Russell Wilson. In his mind, the fact that he abandons his children and runs off to make more while breast milk is still fresh on his last offspring’s breath is inconsequential. He doesn’t understand that she is within her right to move on to a man who will respect and appreciate her. He could care less that Russell seems to be an upstanding gentleman that isn’t just out to smash and run with Ciara. In fact, Russell dares to not even be interested in sex but rather interested in building. How dare she date a man willing to love her child as if he was her own? See that, that’s grown boy logic.

No doubt, there are those in the peanut gallery who agree with Future’s disdain for the way Russell has been portrayed as a good father figure to a son he didn’t even see fit to be present during his birth. Many of whom are the same type of men who have walked away from their fatherhood responsibilities and cry that the b*tch put them on child support. It’s up to you how much deference you want to give those Bitter Bobbies. I’ve decided to give less than a f*ck about any man who complains that good things are happening for their child or the woman they once claimed to love or care enough about to breed. Those rolling stones just aren’t worth the energy. Let them roll on, just be sure they roll pass you.
________________________________________
Written by Dena Reid, Esq., Founder of Code Red Flag. Be sure to Follow on Instagram and Twitter.

« DEAR CRF, MY BOYFRIEND’S KIDS WANT TO CALL ME MOMMY (Previous News)
(Next News) WHO CAN I RUN TO? »