BEING VULNERABLE FOR LOVE 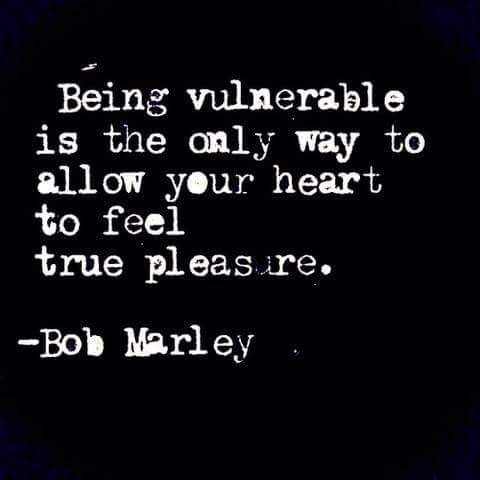 So a few weeks ago I wrote about being vulnerable and not letting fear keep us from love.  And while that authenticity was glorious to write, it is soooooooooooooo much harder to practice.  I’ll be the first to admit, I was sipping some sugary, love flavored kool-aid a few weeks ago.  My head was in the clouds as I believed that I had found that special one.  I had it bad! The feeling was similar to plunging into a Babyface pre-divorce daydream (“I’ll cook your food, I’ll buy your clothes”). I was optimistic about being vulnerable and then I came across this video.

Now while I’m not one for the public proposal, how embarrassing are those situations? Man, my heart goes out to those guys there.  And although they seemed a bit unreal, no one can mistake the laughter of the crowd as each guy is let down; in some cases forcefully.  And with those videos, my mind strong-armed my heart back into solitary confinement.  With the shift from a democracy to a dictatorship once again, my mood went from “Let’s Stay Together” to “IDFWU”. I believe I have PTSD because after watching that collection of failed proposals, I remember my failed attempts at asking girls out in grade school.  It’s like all of them came at me at once.  Damn .

Now while I haven’t totally given up on love and being vulnerable, it’s no wonder why people have a strenuous time allowing themselves to be naked with potential forevers.  Our past leaves us sprinting for the safety of the representative bubble.  The bubble has proven to keep us insulated from emotional hurt and public scrutiny.  We don’t have to be authentic.  We can be whoever we chose to be.  We can mimic what’s on television because as the news has proven, it’s easier to believe a misconception than reality.

American society has the public (and by the public, I mean the Black folks) believing that if we continue the same course, things will change.  Turn on your television and what do you see? What is our course of action when there is injustice against the public? Sharpton and others assemble on television and speak about the atrocities, have a march or two, and have riveting church service.  We, the public, post pics on social media voicing our concerns and support for justice.  But it in the end, what really happens once the circus leaves town?  Nothing.  Sadly, this is the same action that we have with dating.  Even when our tactics have yielded the same unhealthy and at times psychotic relationships, we continue the same path.  Besides, it’s going to work the next time right?

So I can’t go back to the bubble but I’m afraid.  I don’t want to be hurt anymore.  I can’t go through that pain again.  Trust me, I understand.  But in the end, we have to try.  We will not accomplish anything unless we allow ourselves to be vulnerable.  And yes, I’ve tried being vulnerable since my previous article and I was met with some resistance because females I met had never heard a brother keep it truly one-hundred with them.  Begrudgingly, I continue to expose my true self because that’s the only way my world is going to experience love’s freedom.  Slowly, the new strategy is working.