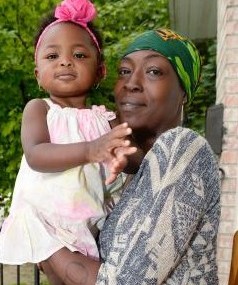 Yesterday, numerous media outlets and bloggers reported that Eric Garner’s widow had settled the wrongful death lawsuit filed against the city of New York for $5.9 million dollars. As soon as this was announced rumors started surfacing.

Some speculated that the love child of Eric Garner, and the woman who he lived with for the three years prior to his death, would not receive any of the settlement since her mother was only a side chick and Garner was legally married. Others speculated that the love child, being the youngest of Garner’s children, would receive the bulk of the estate.Both are unsubstantiated rumors that are not rooted in NY intestate law (the assumption here is that Garner, like most under employed people from urban areas, did not have a will).

To summarize, under New York law,  when a person dies without a will their estate is divided amongst living heirs and issue (the legal terms for family and children, respectively). Being that Eric Garner was still legally married, under the law, his wife would receive $50,000 plus half of the estate. The remaining portion of the estate would be divided equally among his children.

Since paternity has been established for Garner’s love child and additionally, he lived with the child and her mother for the past three years (illustrating that he put out to the world that the child is his) this child has a legitimate claim in inheriting from her father’s estate under the New York’s intestate statutes.

That doesn’t mean that it will be easy. Garner’s wife has already been quoted as saying the love child is NOT a part of the Garner family. However, if she is challenged in court on the baby’s behalf, which is likely, she will not have the final say on how much the child will inherit.

Remember, the law isn’t about morals or feelings. It does not care that this child’s mother was his mistress. The law will protect the interests of all involved.

Furthermore, I can’t think of one good reason why this baby should suffer due to her father’s infidelity. She will suffer enough having to grow up never really knowing her dad.

What do you think? Should Garner’s wife fight to keep his love child from inheriting?

« DEAR CRF, IS THIS ACCEPTABLE? (Previous News)
(Next News) DEAR CRF, MY FRIEND IS ENGAGED TO A MARRIED MAN »