Relationships: What Are They Again? 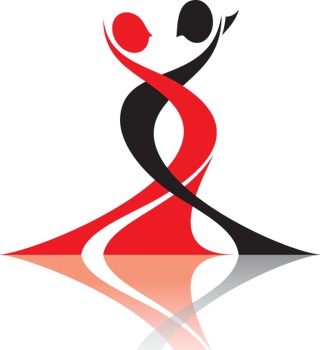 I know I promised to write about the new series, “Being Mary Jane” and I always try to uphold a promise. Even though the above subject is pretty universal and talks about relationships or what they seem to be becoming to me, I will also be touching on the series.

As most of you who probably watch the show know, it’s the story about a well-educated and professional black woman struggling with the one persistent and nagging cry of most black women with the same attributes…that is trying to find a man who you could see yourself settling down with. When I first started watching the series, I wanted more. I had only watched the pilot episode and I was ready for the rest to follow. It was so funny watching every emotion that ever traveled through me being depicted on-screen by her. The frustration, the worry, the secrets which you have to keep to hide the shame and finally the hurt when that man who you invested your soul in either lies to you or leaves.

I have heard over and over again that the world is not equally divided and that we as women need to suck it up and realize that if we are to find a man to father our children and to keep the right hand side of the bed warm; that we need to start sharing. Each and every time I have heard this stupid statement, I have felt disgusted. Like most black women out there I went to a great school, then went onto furthering my education at university because that was what was expected of me. I was supposed to further my skill set and master a profession that I would someday consider my career as it would open the door to a new chapter in my life. It made me start to imagine how my life would appear couple years down the line, study hard, and then work hard, make my money, save my money and then settle down with my prince. Who is this prince?

My prince would have been the man who I would have done anything for. A man who knew that if he had an awful day that he would find solace in my arms, in our house we built together, in his children’s eyes as he saw the love they had for him and the pleasure it brought to them to know that their dad was home. His heart would settle and he could breathe, exhale like they always say because I was there to soothe all his worries and relinquish any failing moment he had in the day. He would be the father of my two kids who were playing with the new puppy outside as my neighbors laughed at them over the white picket fence that separated my yard from theirs; a fence that was losing its color but a fence and my fence nonetheless.

This prince is a figment of the black woman’s imagination and so many times we may see it in the distance like a fleeting butterfly and we feel great and run in seek of it. Mary Jane had this same belief I think and she worked hard and she deserved it but then when she found out that the man lied. She swore it was time for the next step, that he would have told her how much he wanted to be that prince, probably would have gotten down on one knee as she stood aghast but pleased; but he had already done it – he was already married and she was a side order. It’s sad too because he was probably the prince of someone who made herself into a professional so that at the end of the day she could relax and accept all the pleasures that life had to offer.

There were times when men have approached me, men who are already in relationships and yes it may feel great to be noticed but at the end of the day no one loves to share. A woman loves to know that she could depend on a man, we make ourselves into these independent creatures because society wills it so. We have to be strong and take care of ourselves because these values were instilled in us from early. Our grandparents whispered it to us on every visit, “do good for yourself because a man loves a woman who can take care of themselves”. Yes we are independent but we still depend on the man to be a support system, someone who we could confide things in that a priest may raise his eyebrows at, a lover, a best friend and a partner.

Of late I have heard about so much cases of this sharing thing and I am selfish where it comes to love, sex and food – I do not share, let me repeat that again; I DO NOT SHARE. Some men may say there are some women who have no problem with sharing him with another but how much does that woman value her heart and her pride. Would he consider her his queen and would she ever respect him enough to call him her prince. Would his heart feel at ease when he is with her and he tries so hard to push memories of his wife or girlfriend out of his mind just as fast as he may try to slip his ring off his finger?! A prince is a man, he isn’t a boy. That was something that made me laugh when I watched Scandal and Olivia’s father told Fitz that he was just a boy. It is true – a boy acts like that. A boy pouts when his wife or his girlfriend isn’t giving him the attention that he needs or sexing him every time she breathes. A boy reacts and a boy cheats whereas a man has discussion, a man makes a choice if he isn’t happy and would walk away if it isn’t working. He wouldn’t bring a woman he supposedly cares for into that with the sad story of he wants to leave but his hands are tied. A man steps up and acts and fights for who and what he wants, a man doesn’t have side pieces because his main order is both fulfilling and all that he needs to get by. A man looks down, grabs his balls and is he sees a woman that he thinks deserves his time, he puts every last drop of effort into making her his priority and treating her fairly. Boys make girls cry, a man makes his woman toes curl when he walks in a room and only makes her cry when she gives birth to his children, a man never makes a woman cry.

Recently I went in search of something I had heard on Glee and it summed it up perfectly when Lea Michele (Rachel) said, “I HATED YOU! But then when I got to New York, I thought how much you love me, and how hard that must have been for you. And I thought, “This…THIS is what a man looks like. This is how a man loves. But you, NOT telling me where you were for FOUR months, and sneaking out before sunrise in the middle of the night without saying goodbye?! THAT is not being a MAN, Finn. I don’t need you to give me my freedom! I am a grown woman, I don’t need you to hide from me, to keep me from doing what is right for me. Don’t you get it? No matter how rich, or famous, or successful I become…when it comes to you, I’m…I’m always gonna be that moon-eyed girl who freaked you out at our first glee rehearsal. You were the first boy who made me feel loved, and sexy, and visible. You are my first LOVE, and I want, more than anything, for you to be my last.” That is how a woman loves people, when she has reached her breaking point and unleashes words that cut deep.

Of course Mary Jane did like most women would on seeing a sexy man paying her attention, sure he was married but a black woman is as weak as society makes her feel. The idea that when you seem to have it all that they have the right to ask, “why are you single”, a question that pisses me off until this day. It is not up to us(women), the same way that people ask those who live together, “why aren’t you married yet,” as the crickets chirp in the background and you feel like the earth should open up as the man puts his hands in his pockets and smiles and you use every ounce of strength to bite your lip, remain poised and smile as you utter the lie you have repeated to yourself so much that it is your new truth, “in time”.

I want an old-fashioned relationship, when a man is content with me and me alone until the children come into play and then he is fully contented. When either of us could have a bad day and smile on the drive home knowing the secret weapon that we have waiting on us when we arrive at home – love. A love so strong that no one could come between us, a love formed through trust and commitment. I don’t ever want to share my prince with another besides God, his family and his friends.

Written by Stacia A. Browne and republished with permission from her blog Anastacia81