YOU KNOW WHY YOU’RE SINGLE & SO DO I. 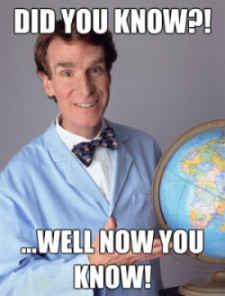 Dear women I haven’t slept with,

You know why the hell you’re still single and so do I.

“If you can’t handle me, it’s because you’re not a strong man”- aggressive woman. No, it’s because you want to be me in the relationship and I’m not having it! Why would a successful man with options choose you? What do you offer?

You make 6 figures, you have a successful career, you’re independent, you have your own place, your own money. Guess what? When it comes to us picking what women we are going to make our wife, these are the smallest factors involved.

The problem that most men have with aggressive women is 3, 2, 1… your personality.


Black men aren’t working, black men aren’t succeeding, black men aren’t even trying. I can see the reasoning behind the aggression. Black men want to treat all black women like they’re “bitches” and “hoes”. Black men want to be in charge of the relationship, yet they can’t even control their own lives. Black men are underachievers and can’t financially or mentally support a household. I’d say definitely, these men need an aggressive woman in their lives. But then the real question is why women are dealing with these brothers? Many of you need to know when you’re dealing with a loser and take it as a loss and move on, but that’s a blog for another day. Stop investing in worthless stock. But when you’re dealing with a good brother, why do these same women feel the need to be aggressive?

The definition of a good brother is different depending on who you to speak to, but to be very vague let’s just identify this brother as one who is doing the right things 9 times out of 10. If there are any ladies reading my blog now who identify with being aggressive, I want you to think about why you are aggressive for a minute while I give you some things to ponder. Well, what is an aggressive woman? An aggressive woman is defined as a woman who cannot differentiate the roles played by a man and a woman in the relationship. She differentiates roles by identifying the leader and the follower, and she always has to be the leader.

I know we live in society with so many existing antiquated rules, but certain rules are meant to be sustained, just like the Constitution. I’m sure many of you have read the Steve Harvey book, and in his opening chapters he spoke about 3 things that men must be allowed to do for their women. If you forgot or just simply didn’t read it, let me give you a brief. These three things are to provide, profess, and protect. If you do not allow a man to do these three things, he will leave you. I’m not saying that I think he will leave you, I’m saying that I know he will leave you.


It’s natural for people to want to be appreciated for the great things that you do. The reason a good brother will not be with an aggressive women is because she is more than likely to not show an appreciation for the things he does for her. And it’s not because she doesn’t like it. It is simply because aggressive women tend to see things that are a privilege as an inherent right. Aggressive women have the tendencies to be forward about what they want and require, and this easily turns to nagging and criticism. No man is perfect, but who wants to always be reminded of his shortcomings. Aggressive women are notorious for focusing on the negatives instead of the positives. Some women see nagging as a way of getting things done effectively, but let me give you a little hint. If a man is telling you that you are nagging, then the way that you are communicating to him is detrimental to the relationship. Regardless of whether you feel you are right, is that worth jeopardizing the relationship? If you are accused of nagging, you need to seriously consider changing up the way you communicate with that brother. Aggressive women are quick to protect their man. As noble as that sounds, this is a negative. Believe it or not, no man wants a woman to fight for him. Maybe over him, but not for him. Also, most men do not like women are very outspoken in public, or what I like to call “fight starters”. Good brothers will easily get tired of women who feel that they have the right to say what they want when they want. You have to have some coif, because without it you are classless.

Whatever happened to chivalry? Well, aggressive women killed it. Well, not exactly, but they should be noted for their contributions. Whatever happened to brothers surprising women with gifts, trips, and restaurants? Aggressive women will tell you where they want to go, what they want to eat, and what they want you to buy them. It sure does take the fun out of everything. Bottomline is you have to let a man be a man. A man always wants to find new ways to surprise his woman, not new orders from her.

Well, where did this come from? This comes from brothers not doing what they’re supposed to. Women had to step up and be assertive in order for them to be respected and heard. So at the same time I can sympathize with the black woman and I comprehend her aggressive nature. But she has to learn how to recognize a good man. Men don’t need an aggressive woman. Being aggressive subliminally lets a man know that you don’t have any confidence in him or how he will manage the relationship. Honestly, there’s no reason for a woman to be aggressive. And if you find yourself being aggressive in a relationship in order for you to get what you deserve, this means you are exerting too much energy into this relationship and you need to let it go. Relationships are meant to be relaxing and rewarding experiences, not exhausting and filled with tension. Let a man lead you to happiness, and if he can’t, he’s not the man for you.
____________________________
Written by. Bryant A. Buntin, author of Dear Women I Haven’t Slept With, Book One

« WHY DID I GET MARRIED . . . WITHOUT A PRENUP? (Previous News)
(Next News) EMOTIONAL ROLLERCOASTER »