TRUMP IS YOUR HOMIE 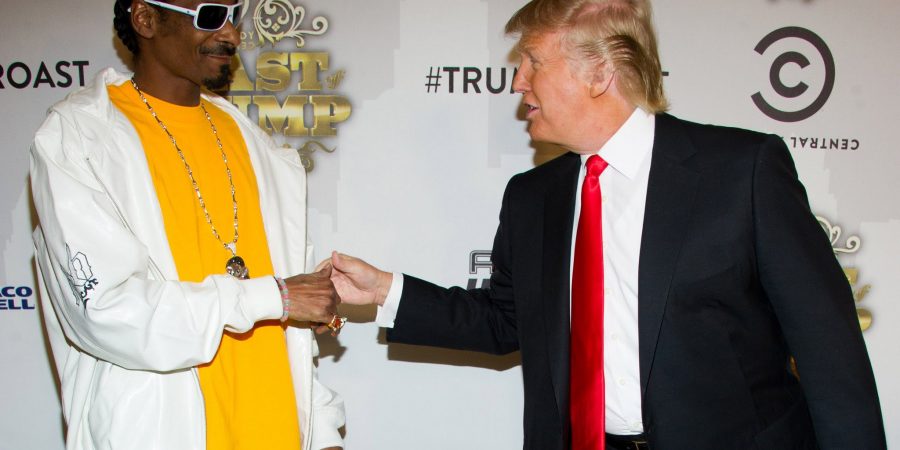 Yes, you read that right. Donald Trump is your homie. Not literally but figuratively. By that I mean, whether you are male or female, you have a homie with a vulgar mouth that you NEVER check. In fact, you often find what he or she says. Whether he’s approached a woman at a bar and asked “what that mouth do” or she has told you how the only thing a man is good for is his pogo stick, your friend is just as bad as Donald Trump and you have accepted his or her misogyny so it’s hypocritical of you to now be up in arms about Trump.

Is talking about grabbing a woman by the pussy tactless, you bet it is. So is saying, “bitches ain’t shit but hoes and tricks.” The former has been sung in damn near every lounge, bar, club that I’ve been to since the song came out. Or how about, “just put it in her mouth?” Let me guess, it’s ok for us to sing along with that because it’s just entertainment right? Well believe it or not, what we are entertained by reflect our morals, or lack thereof.

Folks will quickly point out that Snoop Dogg and other well respected misogynists (read most entertainers) that spew this rhetoric are not running for the highest office of our country. They will say that the POTUS needs to be a representation of the American people to the world. I counter with explaining that Donald is just that and America may deserve a President Donald Trump if for no other reason than to turn a mirror on us and show us that are roses may really smell like boo.

I can hear some of you right now saying, “I don’t have friends like that.” Well, one of us is lying and I can assure you it isn’t me. Whether you’ve gone to a barbershop, beauty salon, attended an HBCU or a PWI, pledged a fraternity or sorority you have been surrounded by, associated with, and/or befriended people who think, say, and act just like Donald Trump described. And if you say you haven’t then we don’t believe you, you need more people (Jay Z voice).

There is no doubt that Trump has disrespected various sects of the American population, from the disabled, Mexican Americans, Muslim Americans, and African Americans. Now he has become an equal opportunity asshole by directing his vile words towards White women. What if I told you this is actually a great reflection of what America stands for, in fact, this is what America has stood for since its inception so we need not act surprised now? Would you reflect on our history and see that as a country we need to do better or would you continue to deflect from the real issue and blame it all on Trump? A man millions of Americans voted for because they saw nothing wrong with his character, because he’s just like one of their homies. So don’t be appalled about what Donald has said, be appalled that you have befriended people who have said the same. Hell, you may even be that homie. What are you going to do to change that?

“Be the change that you wish to see in the world.” ~Ghandi