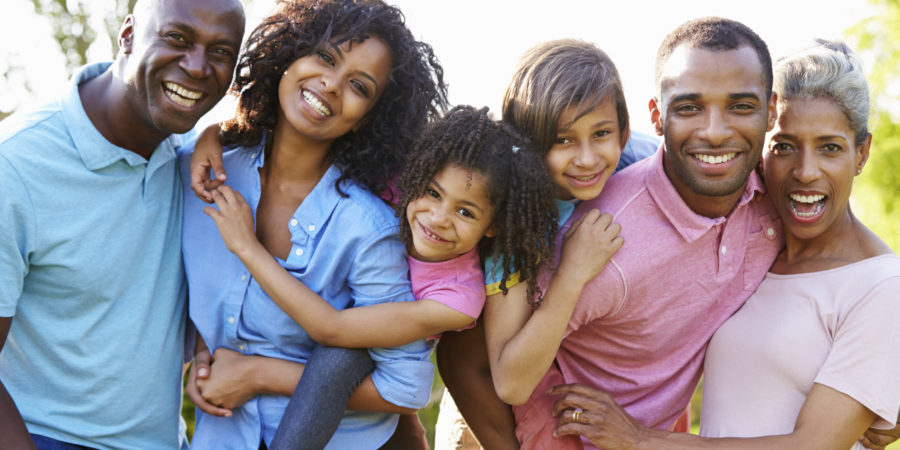 Being a step-parent is challenging because you are walking into an already made family and trying to see where you fit in. And the lines are blurred but very fine. Especially when there is history and factors beyond your control.

When I first started dating my fiancée, her children’s father was not in the picture. They were divorced and for whatever reason, he chose not to be involved in his children’s lives, so it was very easy for me to come in and fill a void.

When there is no man present in their lives, the role of step-dad becomes much clearer. You simply raise and treat the children as if they are your own. You aren’t concerned about what their father thinks because he isn’t in the picture.

Now, she didn’t ask me to step in and play dad, but having kids of my own, it just felt natural. Even though they were not young kids; two teenagers and one adolescent, we bonded very quickly. The youngest child even called me dad, but that was because she didn’t have a strong relationship with their father.

The oldest daughter was cognizant of when her father left and she felt abandoned. You could tell that him doing that hurt her, but it also made her independent. I was more of a mentor to her because of her age. She was a year removed from being an adult.

The middle daughter was the closest to her dad, his favorite as he proclaims, and she couldn’t understand why he just left. She was the one that always held out on hope that he’d come back and make things right. And he did in a way.

Two years into being with my fiancée, their dad reappeared into their lives. He got past whatever issues he had with their mother and started getting more involved with his children. The children were excited. I thought it was a great thing as well, but I didn’t have any idea how this would impact my relationship with the children. I thought everything would stay the same. Boy, was I wrong.

The first time he came to visit while me and her were together I saw an immediate change. They were daddy girls and they melted in his arms as if all was immediately forgiven. They gave him the kind of respect they never gave me. I mean, they respected me and did what I asked of them, but it was a different level of respect. When their father spoke, they listened. It was as if he was the head of the household even though he didn’t live here.

Initially it annoyed me. I kept thinking to myself “how is this man getting more respect in my house than me?” It really hit home when the youngest child who called me dad all of the time because she didn’t really know her father started calling me by my first name when he was there, and after he left she continued to call me “Bryant”. I knew things would be awkward but I wasn’t expecting this. I wasn’t expecting how it made me feel.

Initially, my first reaction was competitive. “Well I’ve been here while he wasn’t here and I’m not going to just come in and let him replace me because he bought a couple of presents, expensive ones I might add, and is their actual father.” My thoughts is that I was the one here to pick up the pieces when these children hearts were broken, but he gets all of the kudos just for returning and making things right. Me and fiancée spoke about how I felt, and she understood and was supportive of me.

My second reaction was to withdraw. “Well, they don’t need me anymore, they have their father, so let me just step back and focus on my relationship with mom.” I had to realize that they needed me, but in different ways. That my role in their life was not being minimized, but that it was involving.

What it took for me to see this was when my daughter’s mother got a new boyfriend, and I went to visit my daughter and met him for the first time. In that instance, I got a chance to see what it felt like to be their father. Here we have it, this man is in the house with my daughter every day contributing to her well-being, while I visit her every couple of months with expensive gifts and her eyes light up. It’s as if nothing he could do can compare to my presence. But what I found interesting is that he didn’t mind and he didn’t care. He respected me as a father. He respected me as a man. And listen here, he was a young man, almost 10 years younger than me. Yes, my baby mother is a cougar. Lol. I learned a lot from him that weekend. He didn’t have a problem with me coming to his house to see my child. He was very hospitable to me. There was no animosity, competition, or jealousy there. He knew that I was only there to see my daughter. And I could tell that he only wanted the best for my daughter too.

I stopped trying to compete with their father and started to embrace him. I wanted to show him that I supported his effort to be in his children’s lives and I will assist him anyway that I can. I no longer disappeared when he came to town to see his children. Now, I would get involved. “Where are we going?” I figured he’s going to be around for a while, let’s make this blended family thing work. And it has been successful. We are not the best of friends, but we get along and respect each other. We share the same vision when it comes to raising these children and it meant a lot to me when he told his children in front of me that you need to respect this man and listen to him. I’m happy that him and my fiancée have a cordial relationship and I’m happier that everybody is comfortable and not awkward.

So here’s my advice. If you are a Step-father, embrace the father. Do not compete with the father. Complement him. You are the one in the house. Let go of your pride and connect with him. There are 3 parents, sometimes 4 now. You do not need to prove you are a better man or father than him. Your wife is his ex. Now if you have insecurity issues about that, then I don’t have nothing written here that can help you. I’m lucky that their father is a very mature person, but even if the father is an asshole, doesn’t mean you have to be one. Some fathers will want nothing to do with you. Just know that you tried to be cordial.

If you are the father, accept the fact that if the mother of your child moves on, there is going to be another man around your child. Instead of being angry or feeling like you are being replaced, collaborate with that man. You have to shift your thinking to “this man will be around my child more than me and will be very instrumental in her life so I want to give him the support and tools he needs to be successful.” If you are a good dad, you will not get replaced. Now if you are a deadbeat, you have a reason to be worried but you have no one to blame but yourself.

I love my step-children and I’m not disappointed when they don’t treat me with the same fanfare that they do when they see their dad, but that’s because they don’t get to see him every day. They show their love and appreciation for me in a different way. Now when they get married and need to get walked down the aisle, we’re going to have to have a discussion on how we’re going to make it work cause I’m not going to be left out. Lol. But seriously, it works! And I’m so glad I put my foolish pride to the side. The kids are better for it. The household is better for it.
_______________________
Written by Bryant A. Buntin