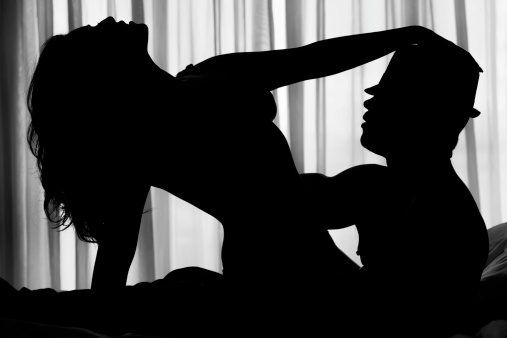 Now that I have your attention, let’s talk about sex. Yesterday, I saw one of those silly main chick versus side chick memes that suggested that main chicks are denying their mates mind blowing sex. Furthermore, the suggestion is that if a man wants to have great, mind blowing, hard to forget sex he can only do that with a woman who is not his woman. You see, many fellas commented that even if the side chick gets upgraded (for lack of a better term because we all know being with a cheater is not a good look) to main chick she then will start refusing to do the freaky things she once did when she played the bench. Ladies, who is ready to call bullsh*t with me?

There I said it. If you’re not being satisfied by your mate then you are to blame! Yes, you. This goes for men and women. First of all, you chose them! You may be saying, but Dena, I waited until I got married to have sex, or I used the 90-day rule, or whatever the case may be as to why you didn’t realize you would not be pleased until after it was already too late, you’re invested in the relationship. Yet, you remained in a stale, mediocre, sex lacking relationship and now you dare want to complain or even worse cheat. That’s not how it works hon.

Sexual compatibility is important. I will not deny that. However, you may never know exactly how sexually compatible you and your mate are if you refuse to be a little vulnerable and share your wants and desires with him or her. So go ahead, tell your mate, I want you to make me cum! And give them instructions on how to get the job done! You can thank me now.
__________________________________________________
Written by Dena Reid, Esq., Founder of Code Red Flag and Author of the Amazon Best Seller, Flag On the Play: A Woman’s Guide to Finding Mr. Right in a World Full of Mr. Right Nows. Available in paperback and on Kindle.

I agree with you that saying what you want is key in any relationship. Why wouldn't that be any different in the bedroom? And side chick sex is easy. You don't have to worry about anything but dropping in and getting it out.

PREACH! Closed mouths don't get fed. You should never settle with a person where there's no sexual compatibility. Doesn't make sense to me, but if you decide to settle, it's your fault. www.thisdateisover.com GREAT POST!

I couldn't agree more!  But when telling your partner what you like and dislike, don't be mean or nasty.  You have to be tactful in the way you reveal what you want!  Great article!