I NEEDED MY FATHER 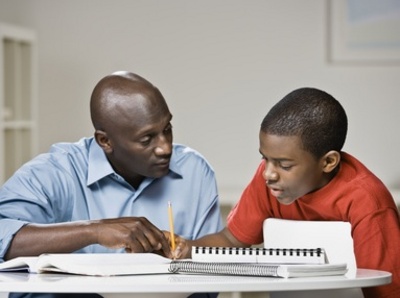 The first memory I have of my father is the day he picked me up from my home in Queens, NY, and whisked me off to Buffalo to visit with his family. All of them were strangers to me then. And now, 37 years later, many of them are still strangers. That visit with him was magical. Before that night, I was not even aware that I came from two people. I had no knowledge that I even HAD a father. But that night, I saw my first Atari 5200, and watched my very first fireworks display with the kind of awe that only a 3 year old can have – wide eyed and stricken with pure amazement.

I had no idea how fleeting those moments would be, or the impact their absence would have on my life. This might sound hard to believe, but the next chronological memory I had of my father was when I was 11 years old. He flew me out to California to visit him. It was a two week visit, filled with wonder, fishing, basketball, love, advice, and amusement. My first trip to six flags, as someone who could actually ride something. My first trip to Disney. My first view of the pacific ocean, in all of its green majesty and power. The visit was over entirely too soon. By that time, I had been conditioned to be totally dependent on my mother. So as much as I NEEDED my father, I MISSED my mom too much to object when it was time to come home.

Two years later, I took another trip out to California. By this time I was 13. Like the first trip, it was filled with all the wonder of missing moments between a father and a son. By then, my father was probing about my interest in girls, and they typical things fathers share with their teenage sons (I suppose). When I would later probe my mother about the infrequency of such incidents, she would offer that she was afraid of his abusive nature – a side of him I never saw. At the end of that trip, my mother and father would fight. He wanted more time with me, and she was consumed by the possibility of him taking me away from her, so it ended on a very sour and abrupt note. It would be 14 years before I would see my father again.

Tragically, it would be the death of HIS father – a grandfather I have no memory of and never knew – that would draw us into the same sphere again. That was the first time I became aware of the gravity of the hole his absence in my life created. I don’t think anyone has ever been more proud to show off their son, than my father was when I visited his hometown in N.Y. We would drink the night away, singing, laughing, and reminiscing about the relationship we never had, but always wanted. But alas it would be fleeting. Sometime around age 35, my father packed up all of his belongings, and moved away from everything he ever knew, to settle in an area about 75 miles from me. Aware of his own mortality, he wanted to be closer to his son. By then I had married, had children, and begun to build a full life. A life that I had learned to live without him. Making room in an already full existence proved to be difficult.

As I said, today, I spent the day with my father. First time in 3 years. It was loving. It was affectionate. It was the kind of love that a father and son should have for one another (I believe). And it caused me to unpack how we ended up in a place where both of us were so starved for it. There are so many things about manhood that I was not taught by a man. How to date. The importance of keeping my word. How to love a woman properly. Sexual education from a man’s perspective. The importance of my DNA, and protecting my seed at all costs. The fact that I am not required to LOVE someone THROUGH their dysfunctional trauma. ßYes men do that too. Although I’ve never been a fuckboy, I didn’t learn how to avoid becoming one from my father. If there is a hallmark of what it means to be a man, my father was not there to teach it to me.

For years I blamed him – and only him – for this. For his absence. For the holes in my life. For the embarrassment that came the first time my wife had to show me how to work a lawnmower. For skipping my prom, because he wasn’t there to show me how to court women. For all the times I nearly destroyed myself loving the wrong woman. For conceiving children with a woman I was not married to, and eventually would not marry. For not knowing my value in relationships, in my professional life, and in personal friendships. For not being – fully – a man. I blamed him for it all.

And then today happened. Today I realized, that he is not – at all – the monster he has been portrayed as to me. Even when he wasn’t there, and even when it pained him to do so, he loved me. My aunt would later tell me that he used to cry himself to sleep at night, because of my absence. Today I saw my father the human being. And in him, I saw myself. I have a fervent, almost fanatical need to be there for my children. And that was born out of his absence. I have a deep seated hatred of men who don’t take care of their children. And that was born out of his absence. I have an equally deep seated aversion for women who keep the fathers of their children away from the children. And that was born out his absence. So in a weird way, some of the man I have become is a direct result of him, even if not in the way he intended.

So here I sit at 40 years old. Simultaneously devastated and liberated. Realizing that it is very likely that unless my father lives to 100, I will likely spend most of my life without him, and desperate to regain every lost moment. My relationship with my dad is forever changed. But so is my relationship with my mom. I have no idea what that means for the future, except for my need to say this: Ladies, if you want your children to be whole, DO NOT KEEP THEM from their fathers orremain friends with women who do. Men, your children NEED you. And if you aren’t there, your absence will DOG them into AT LEAST the middle years of their adult life. BE THERE.
____________
Written by, The Husband in Residence

« GOOD DIC.TION: ALL MALE REVIEW (Previous News)
(Next News) DEAR CRF, I HAVE A CRUSH ON MY NEW BOSS! »