YOU SAY YOU’RE A SINGLE MOM BUT YOU’RE NOT 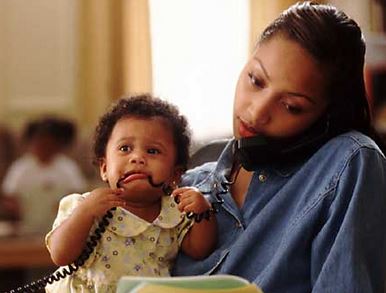 “If you are divorced you’re a single mom meaning you are doing more which is why co-parenting is a cop out because usually one parent is doing MORE.”

When I hear people in general make statements like this, I become perturbed. It doesn’t take into account the numerous different parental and custodial arrangements that can be decided upon during a divorce. When you get divorced and you have kids, there are different options. These options normally depend on two things. The distance between the residences of both parents and how well the parents can get along and co-parent. There are three things normally decided on during a divorce that has to do with the children:


A woman going through a divorce is not just granted Full Physical Custody. She has to ask for it. To want full physical custody means that you want responsibility for providing the residence for that child. The non-custodial guardian pays child support to assist you in providing for the child. You agree to have custody of the child a majority of the time. So, unless the father disappeared or declined it, she has to request it in the divorce hearing. Even at times when the father does fight for custody, he still might not win. So I’m not sure how you could complain about something you fought for?

1- You felt that you were the better parent

2- You didn’t trust the other parent

Now let’s revisit that quote and let’s get some common sense things out of the way. If you have physical custody, you’re going to spend more time with the child by default. This does not mean that the other person is negligent or less of a parent. It simply means that you have physical custody and have agreed to provide residence for the child a majority of the time. Co-parenting stands for cooperative parenting. It doesn’t mean equal parenting time. It means two parents working together to raise a child together. I had to say this because I realize that many women have no idea what that meant.


The non-custodial father comes to visit his kids. He spends time with them You as the custodial parent is looking at him with disgust because you feel he doesn’t do as much as you do in regards to the children, but you never looked at things from his perspective. As a consequence of his divorce, his kids were removed from his residence. He went from being an everyday dad to every other weekend dad. He’s having a tough time transitioning as well. He pays his child support, but has limited say in the day to day lives and activities of his children. So he makes the best of it by being there for his children and making sure they have a blast. Then you get mad because the kids consider him the “fun” parent. You feel like your sacrifices for the children are in vain because the dad who only sees those children twice a month is the one who gets all the props for being a good dad. You feel overlooked because your job is expected while his is praised. You don’t realize that having fun with those kids and making him smile is the only thing that keeps him together. That he’d rather be with his children everyday playing a more integral role in his life. You think he’s getting over by being the “fun” dad, but he feels like he’s missing out because he’s not allowed to be with them everyday.

You don’t consider that co-parenting. You’re angry because you feel he is free to go and come as he pleases while you are stuck with raising the children. But you conveniently forgot that this is what you petitioned for during the divorce. I’m sure he feels a way about you for taking his kids away from him as well. But there are ways you can fix this. You can go back to court to modify the custody, and petition for joint physical custody. That way you no longer have to feel like you have a heavy burden to bear. Of course, this may result in the child support order being suspended, so I understand if you don’t want to do that. But you have options, yet you complain about a situation you have control over. Now we are talking about husbands. We are not talking about boyfriends or baby fathers, so please do not try to qualify them to make an argument. We are talking about husbands. Men that you made vows with to love through sickness and health and you decided to start a family with. We’re talking about men you made a home with. We’re not blaming anybody for the divorce. Things happen and people separate. These are the consequences. So before you start the conversation about how you’re the custodial parent and you do more, think about how now he is the non-custodial parent and he lost more. And he’s stuck trying to make every moment fun by spending money, doing whatever they want, and sacrificing discipline to make sure that his children don’t forget that they are important to him and that they continue to want to spend time with him as they get older.

« #DEARCRF HE HAS AN ONLINE DATING PROFILE (Previous News)
(Next News) SORRY, HE’S NOT THAT INTO YOU »

Can I atleast be quoted? I think I am the person who said this and I still stand by my statement.

Would you like me to add your name to the post? I'm sure Bryant won't mind. I normally keep quotes anonymous to protect the innocent