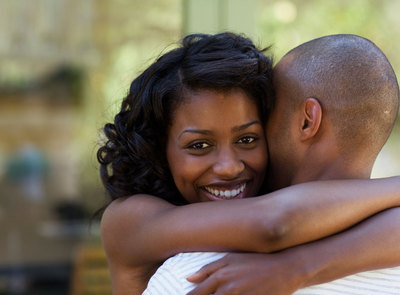 You’ve been dating your beau for a while now but recently he has a new friend, a new female friend. You’re not usually the jealous type and you don’t want to chuck up your uneasiness about this new relationship as just insecurity but how do you know for sure? Well here are 5 red flags your gut instinct is right and she is more than just a friend.

1. She is unfriendly towards you.
You attempt to extend an olive branch to your man’s new female friend and she is rude and unfriendly then that is a red flag. No true friend of your man, male or female, is going to be unfriendly towards his woman A true friend will make all attempts to be civil if not friendly with their friend’s woman. If you began questioning her intent for befriending your guy because of the way she treated you that is understandable. Don’t allow him to attempt to dismiss your feelings. In fact, ask him how he would feel if the shoe was on the other foot and one of your guy friends was unfriendly, rude, or disrespectful towards him. Surely, he wouldn’t think it would be okay for him to be treated in this manner so he should not expect you to be okay with it either. At this point, the friendship or relationship needs to be placed on ice. What is his priority?

2. She is possessive of him.
She treats your guy like he is her guy. She checks in on him often, always needs to know where he is or what he is doing. She also claims him on social media as her MCM or BFF on a regular basis. Why does she feel the need to profess her loyalty or affection towards him in such a manner and so often? What is her intent with this friendship?

3. He makes sure you two never interact.
You attempt to invite her over to the game night you’re having at your house and he declines for her. If he’s going somewhere she may be he makes sure that you are not joining him. And if you do, he attempts to keep you both on separate sides of the venue. What’s the issue? Why is that one friend being ostracized when all the rest of his friends are welcomed? That is a red flag. You should be able to discuss this issue and receive a valid reason that alleviates your concern. If not, then your concerns are likely valid.


4. She is disrespectful of your relationship.
Disrespect of your relationship can manifest in many ways. It could be that she always seems to call him very late at night. Or maybe she always reaches out to him to “fix” things at her home. Is she always offering to cook him his favorite meal and bring it to his job? Or even worse, has she begun flirting with him? Well, then she’s crossed the line from being just a friend to a serious red flag to you and your man’s relationship.

5. He compares you to her.
Another tell tale sign that she may be more than just a friend is that he is always comparing her strengths to what he perceives as your weaknesses. If he says this friend would have done this or that better than you then you need to check that immediately! At no time should your man be keeping score of what you do for him in comparison to another woman, whether she’s a supposed friend or an ex-lover.

In my book, Flag On the Play: A Woman’s Guide to Finding Mr. Right in a World Full of Mr. Right Nows I explain more red flags to be cognizant of when a man all of a sudden has a new woman in his life who is just a friend but somehow there is a disconnect with you knowing who she is and what the real intentions behind this friendship is. It’s not always jealousy and insecurity that makes a woman wary of new women friend’s. Sometimes, it’s our gut and we need to follow our instinct.

Have you dated a man who seemed to always add new female friends? How did you deal with it in your relationship?
___________________________________________
Written by Dena Reid, Esq., Founder of Code Red Flag and Amazon bestselling author of Flag On The Play. Ms. Reid is also a legally trained Conflict Mediator/Coach who specializes in family and domestic disputes. Ms. Reid writes an advice column, hosts events, facilitates workshops, and speaks nationwide on a variety of topics. For more information email info@coderedflag.com.

« BOOK REVIEW: Teach Me How to Love (Previous News)
(Next News) YOU SAY YOU ARE READY FOR LOVE, BUT HOW READY ARE YOU »