5 REASONS YOU SHOULDN’T FALL IN LOVE WITH POTENTIAL 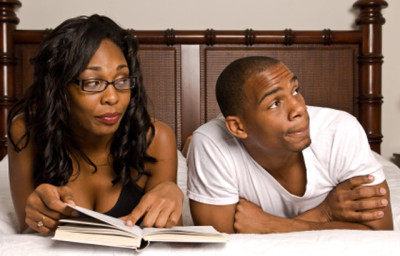 “Most women want a man who is already established, a strong woman will be a part of his struggle, survive it, succeed together, and build an empire.”

Yup, I knew once I saw this quote I had to write about it!! I’m not sure how I feel about this statement. As a man I get it that we want someone to support us even when we are struggling or at our low points, but as a father and a coach I don’t think I would go around advising my daughter or clients to sign up for someone who seems like a project. No one is perfect but I do believe that by a certain age peoples habits and character are established, thus just like when interviewing candidates for any job “the best predictor of future behavior is past behavior.”

This reminds me of a conversation I had with a client:
“But he/she has such great “potential“……
1 year later… “But he/she HAD such great potential!”

I usually find myself in this conversation after I’ve warned a client about dating “potential,” and they come back to me hurt and angry because they were left with nothing more than that hope aka “potential.” Hey, I’m not saying that people have to be perfect when you meet them, but here are 5 reasons you shouldn’t bank on dating someone’s potential.

1. The potential may never come to fruition!
Everybody is born with the potential to do a lot of things, but everybody doesn’t end up doing those things. I might have the potential to be a millionaire, but if I’m not putting any work towards making that happen then you can’t trust that it will. This is why you must let your values drive your decision making in a mate instead of your hormones or fear of loneliness.

3. You will end up resentful and bitter towards the person.
So many times we date someone for who we hope they will be instead of who they really are. What happens though is that after all of the lust is gone and the “chemistry” dies down then if that person doesn’t turn out to be the person we dreamed of then we get angry with them. It happens a lot when a woman might meet a man who has no job, no money, no ambition but he has “potential”. That’s until 6 months later he is still lying on the couch playing play station and eating cereal. Suddenly she grows angry and resentful and then eventually the relationship becomes dysfunctional all in the name of potential.

4. You are ready NOW!
If you’ve taken the time to develop yourself to be ready to date and get into a real and healthy relationship then if a guy or girl comes to you who has potential, but says they aren’t ready for a relationship or even looking for one then you shouldn’t date them. The truth is that you are ready to seriously date with the goal of getting into a committed relationship so no matter how sexy you find a person you must be willing to remove yourself because your intentions don’t align. They may have potential but their intentions at the moment don’t match yours.

5. You’re too old for that!
There comes a point in life where your track record needs to be established and your actions and behaviors must align with your words. You shouldn’t be 35 trying to help someone realize their “potential” because at that point they should have something established and if they don’t they should be working on themselves in order to do so. You don’t have time to be someone’s parent when you want to be their lover!

I believe we all have to understand that if we are dating there are certain things we should be able to bring to the table in order to build a healthy relationship and if you aren’t in a good position to provide those things then maybe the focus should be more on YOU and less on dating. I get the sentiment of the quote I started with, but sometimes I believe it gets misconstrued and taken advantage of. We don’t have to have it all figured out and it’s great to build something with someone, but at what point should we be coming to the table ready to feed and eat.

« SAY WHAT YOU MEAN, MEN AREN’T MIND READERS (Previous News)
(Next News) HE’S NOT LISTENING TO YOU »