LISTEN BEFORE YOU RESPOND: IT’S ALL ABOUT PERCEPTION & RECEPTION 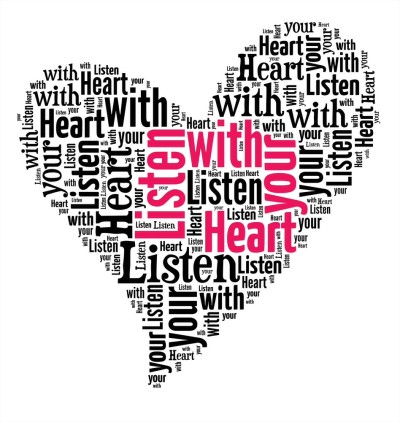 A good friend of mine on facebook asked a question about marriage. He asked a group that I was a member of “what were some of the important things that he needed to know in order to keep his marriage happy?” Most facebookers commented with the usual responses, “love her” “treat her good” “always let her know that she’s important”. But the advice that I gave him was the most intriguing, the most unusual, and probably the one he will remember for all of his marriage. The advice I gave him was something that I struggled with in my failed marriage and that if I would have implemented sooner would have prevented many arguments and ultimately it’s demise. I simply told my friend at times you will disagree, but always attempt to see things from her perspective before you produce your own. Understanding both point of views will give you a full picture to work with and makes it easier to resolve conflicts.

I’ve come to learn through trial and error that relationships are strongly based on emotional beliefs which aren’t necessarily grounded in the logical world. In the regular world if the wheel came off of the bike, the solution would be to fix it. In the relationship world if the wheel came off of the bike, the solution would be to find out what the person who owned the bike wants to do. Are you following me? Relationship issues although they can be fixed with the recommendation of one person, require dual input. Because even if you solve it in the way that you feel is logical, it may have not been the solution that the other person was hoping for. Believe me, this was a very hard concept for me to grasp considering I am very logical. Very often I forget to apply this, and me and my girl often end up in a spat. I was told that I’m not emotional with my approach, and I with regret must agree. What I had to understand is that the other person is not necessarily looking for a solution. The other person actually wants you to see things from their perspective. The only catch to that is that they must fill you in to the details of their perspective. Other wise, you’re just guessing what they think or feel, and in essence are generating your own perception. Am I confusing you guys?

Let me give you an animated example. Me and my girl are having a discussion on books. I want to purchase more books and she believes that I have enough books. My perception of the situation is that I like to read books and why would she prevent me from doing something that I like? Her perception of the situation is that too many books in the house will create a clutter and we have no more space. I am notorious for my debating skills and I will defend my stance to a tee. But overtime, I started to realize do I really need to defend my stance? What I needed to do is to look at her concerns and compare them with my concerns. Instead of opening with “Why are you trying to stop me from buying books? You want me to remain dumb?” I should have opened up with “Why do you feel I have enough books?” This sentence right here shows that you listened to what she had to say. Most arguments occur because people talk over each other instead of to each other. In my management class I was taught that you should listen before you respond. It isn’t healthy to have your reply in your head before the other person finishes their statement because it is an affirmation that you weren’t listening to them. I am so guilty of this, and I try to reduce it, but blame it on my intelligence, not my heart.

If you are dealing with a person who doesn’t want to hear your point of view, then that is another problem in itself, and I don’t have enough gigabytes to get into it. But for the most part, if you give somebody respect and the floor, they will return the favor. This will reduce the amount of arguments you have in the future. It won’t prevent all arguments. There are some things that you have to stand up for. Never compromise on your moral beliefs. If your significant other wants to sell drugs out of your house, there is no compromise. This is something worth arguing over. Sometimes, we have to know which issues are worth standing our ground on. I know for certain I blur the lines on this. I am sure this has to do with the fact that the same things are not important to everybody.

In some instances, we have to stop using our brains and think with our hearts. I can’t really believe that I am saying this because it is really hard for me to fathom it. But I see it is the only strategy that works. Logic isn’t dominant in relationships. I hope to take my own advice, and get better at it as time goes on.