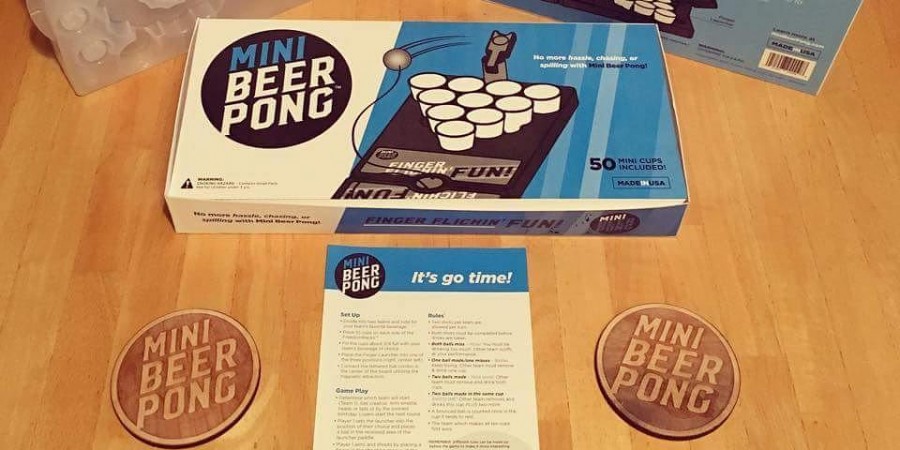 Thanks to our sponsor, Mini Beer Pong, we had some Finger Flickin Fun at April’s So You Wanna Be A Player? Adult Game Night! How could we not? Everyone loves beer pong. Only problem is I tried to use regular solo cups, a long folding table, and ping pongs and it was a disaster. Why? Because the beer kept getting spilled on the floor and it was a mess! 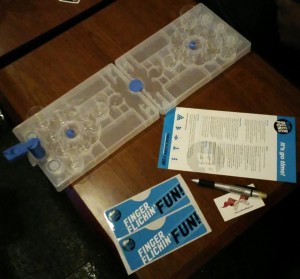 Easy set up. Basically you tether the balls to 2 strings and place the levers on each side and you are ready to go. Full disclosure, my tendinitis made it hard to clasp the balls so I need someone with more hand strength to handle it for me. All in all, it took less than 5 minutes to set up the game and then the fun started.

We had three rounds of individual play (you can also play as a team). The cups included with the game are about shot size but we didn’t want to get anyone too inebriated so we used Rolling Rock Beer. One can was used each round. The players flicked, missed, flicked missed some more, flicked landed a shot, and drank until a winner was pronounced.

All in all, Mini Beer Pong was the highlight of April’s So You Wanna Be a Player? Adult Game Night and will be making an appearance every month. So, come join us at Amsterdam Lounge & Cafe on May 20th 6:30-10pm to get your game on. You can also grab a Mini Beer Pong set for your back yard BBQs, Sunday Fundays, or whenever you are looking to have some good ole Finger Flickin Fun with adult beverages!

CHECK OUT PICTURES FROM SO YOU WANNA BE A PLAYER

« WHAT EVER HAPPENED TO TIL DEATH DO US PART? (Previous News)
(Next News) LEAVE HOT SAUCE IN THE BAG » 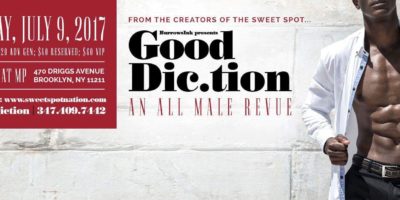 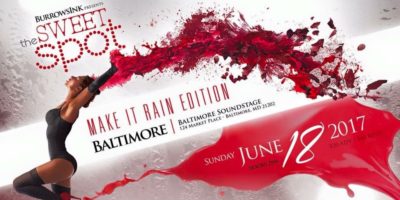 The Sweet Spot is returning to Baltimore and guess who will be in the building?Read More