LEAVE HOT SAUCE IN THE BAG 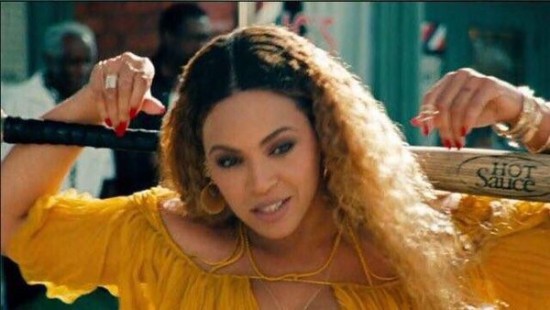 If it’s what you truly want … I can wear her skin over mine. Her hair over mine. Her hands as gloves. Her teeth as confetti. Her scalp, a cap. Her sternum my bedazzled cane. We can pose for a photograph, all three of us. Immortalized … you and your perfect girl. ~Beyonce

Did Queen Bey just say that she would commit violent acts against another woman because her man cheated on her? Yes, she did. Even worse, grown women across the nation applauded her. Yes Bey, they said, get that hot sauce out your bag. Shameful. Just Shameful.

While being cheated on is a crushing ordeal let’s remember it is not an excuse for violence. Not violence against your mate and surely not violence against another woman who owes you no loyalty or respect. Would it be nice if other women respected marriages and committed relationships? Of course it would be. But, you know what would be even nicer? If those in the relationship respected it and their mate by not committing adulterous acts with another woman.

So here we have Beyonce, a woman who many have touted as a feminist, using her platform to promote violence against women. I don’t believe it! If I had not witnessed the creative genius of Lemonade (over and over again because don’t get me wrong I am a Bey fan) myself I would have said there is no way Mrs. Carter stooped that low. Maybe Solange wrote it for her? I don’t know. I just wish she understood the battery it will put in the back of many of her fans who, like she alluded she had done, are going through the angry phase of infidelity.


Anger, no matter how justified, does not give one a license to commit acts of violence. What’s even crazier is the same women who praised Beyonce and her hot sauce in her bag swag will be the same ones screaming for jail sentence of the teens who just killed another teen in a Delaware High School over a boy. A friggin lil boy. Instead of teaching our young girls to know their worth we are telling them to grab hot sauce and get to work on the competition. How lady like of us. How civilized we are.

Sisters, let’s do better. We have to. The babies are watching us and emulating what they see us doing; not what we tell them they ought to do. Our actions are speaking louder than our words. Let those actions begin with keeping hot sauce in the bag and knowing know man is worth harming another sister over nor is he worth the jail time. #OtherWomenMatter #RIPAmy