Brian Oneal Hale, also known as Breazy Taylor or Breazy Hale, is the epitome of a red flag. Not only is Brian a lying cheat, he is also abusive and a thief. I know this from personal experience so there aren’t many links to share other than the few that I will add to prove this isn’t just the opinion of some wronged ex but actual facts that Brian Hale is a criminal that women need to stay clear of. These facts can easily be verified.

In 2015, I wrote an article reflecting on the relationship I had with this man. Never did I think 2017 would start with more drama fueled by Brian. But I underestimated the cons this man could and would play on me.

Just a few weeks ago, while driving in Oxon Hill, Maryland, I rode passed Brian’s gold Suzuki truck with what looked like New Jersey plates attached. I continued along my destination but hurried back to investigate. The plates on Brian’s car actually belonged to me. I immediately call the police and they remove my plates from his car. 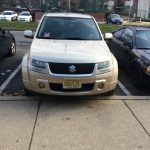 My plates he put on his car. 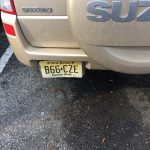 He’s been driving around in my plates since 2015.

I then confronted Brian, whose only concern was why I was in the neighborhood. Brian attempted to lie to me about why and for how long he was driving around in my stolen plates. He said, my plates were found in the apartment we shared after I had left him and that “something happened” to his plates so he attached my plates while he waits on the state to issue him new plates. Anyone with even a little bit of common sense can see that story is flawed. I let him know I’d be investigating and getting the police involved. In turn, he said that I was evil for calling the police. That’s fine, but I need to protect myself cause this man is surely capable of anything.

During my investigation, I found that he had in fact been pulled over two days before I left him. You can see the active case and warrant here. So, it’s a logical assumption that because he was on the run from the law he used my plates to help him circumvent justice. 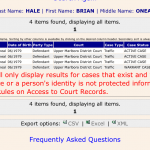 My police report has been filed with the Prince George’s County Police Department. Once I receive a copy I will upload the PDF for reference.

Ladies may ask, did I miss any red flags. I won’t lie and say that I did. I was well aware of his red flags because he was open about them from the beginning. In fact, Brian would say we were best friends because we were able to be open, honest, and vulnerable with each other at the beginning of our relationship. Something he claimed to have never had in his prior relationships. We were both out to make positive changes in our lives. Or so I thought. Seems like he only shared to get my defenses down because here we are in 2017 and he is still using and abusing women. Please be careful if you see him ladies. 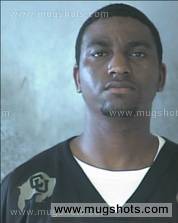 Update March 2, 2017: Now that I’ve filed the criminal complaint, up next is my meeting with the prosecutor. I have to bring the evidence I collected and will show them how he used my plates to hide from the law because of his active warrant. They’ve issued a summons for him to answer to these new charges. I’m really hoping he just pleads guilty, does his time, pays his fine, and gets on probation so we don’t have to go through a trial. But if we must go to trial I’ll be there until the end. No turning back now. #CodeRedFlag #EnoughIsEnough

Update March 16: Spoke with the States Attorney. They are moving forward with the theft charges. They said I should be able to get restitution and how much of the 18 months he will do  depends on his record. 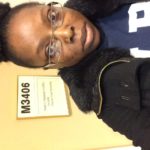 I cried for the first 5 minutes because I have been so torn about pressing charges but I have to be strong. #EnoughIsEnough

Update May 20, 2017: The prosecutor called me last week to let me know that at his last court date he asked for a continuance so that he can obtain an attorney. The new court date is June 2nd and he has yet to obtain an attorney. The prosecutor wants me to be at this hearing so that it will be difficult for him to try to delay any further. Hope he stops playing these games so we can get this over with. One of his friends need to tell him to man up already. #CodeRedFlag

Update June 2, 2017. Court was today. Instead of trial the prosecutor decided to put the case on the STET docket and put in place a 1 year criminal stay away order. If he violates that order the theft case can be reactivated and he will have to answer for violating the stay away. Now let’s all hope that he leaves me alone. #CodeRedFlag

Update June 5, 2017: They finally updated the case on the website. As you can see, he took the plea they offered (stay away from me for a year and the theft case will go away). I personally didn’t want the case to go away, I wanted there to be a record of it. But the State took this route. Now as long as he stays away from me he will be alright. If he doesn’t then he will be in even bigger trouble than he was before. #CodeRedFlag #StillWontBeSilenced #DoInnocentPeopleTakePleas? ?

And to the folks who have been supporting his predatory behaviors, this is the monster you’ve been maintaining. You should be ashamed of yourself. 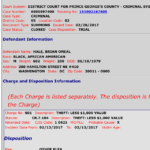 « THIS VALENTINE’S DAY KEEP THE FIRE BURNING (Previous News)
(Next News) SO YOU WANNA BE A PLAYER? »