My Children Live With An Addict 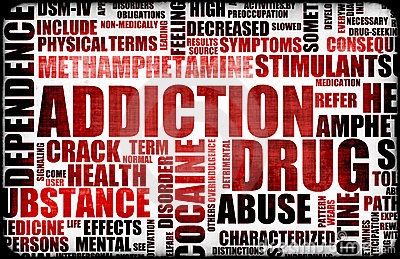 “I am divorced and my teenaged children live primarily with their mom and I get to have them often as well. My Ex and I get along well and there is no animosity between us.

Recently, she and her boyfriend moved in together with his child as well. Last week, before she and my children left town for a few days, my oldest found her new boyfriend passed out on the bathroom floor and his friend (turns out it is his dealer) was telling them that it was heroin and he’s been hooked for a LONG time. This guy’s known her bf for only a year and said that her bf has been hooked the entire time he’s known him.

My oldest called the police who then had him transported to the hospital for “care”. He continually said it was muscle relaxers and/or Xanax. But his “friend” and the police told me it was definitely heroin.

For some reason, my Ex picked him up from the hospital hours later and, upon arriving back at their home, he proceeded to go on a drive. An hour later, I received a call from my youngest that my Ex caught him with more heroin….that same night. I told her she could either call the police or I would come get both children. She called the police but evidently my Ex told her to tell them that it was a mistake.

They come back in town in a couple of days (he didn’t go with them) and I told my Ex we have to talk without the kids. She said that she doesn’t know if she is prepared to do so or not. I am and definitely do NOT want my children in that environment.

If she does not talk to me the evening that they land (and before she takes my children to the house where a heroin addict lives), I am prepared to get a restraining order against him on behalf of my children and also call in CPS.

Any advice? I want my Ex to be happy and in a rewarding relationship. She thought he was the guy. I don’t want any harm to come of her but she is an adult and can make her own choices. My children, on the other hand, are my responsibility.”

I commend you for being a responsible man and father. Although you weren’t proactive in getting to know the man who would play a substantial part in your children’s lives, you are surely on top of this red flag that has presented itself.mYour problem here is two-fold. First, you must take care of your children’s. Second, your child’s mother needs your assistance as well–which in the long run will be to the benefit of your children.

Let’s first deal with the conflict as it effects your children. They are not in a safe place. They do not feel safe. And they should not be in a home where illicit drugs are kept or used. If your ex refuses to separate from her drug addicted boyfriend or allow you to have custody while she supports him through recovery, for the sake of the kids, my suggestion is to immediately find an attorney to help you gain custody of your children. I say this because it seems as though their mothers vision is clouded by her romantic relationship with this man. It seems as though you are going to have to step up for your children until she’s ready to see the red flags for herself.

As for your ex, when she finally sees her new boyfriend for what he is she is going to need a friend. For the sake of your children, be that friend. This should be possible especially since you have stated that your co parenting relationship, prior to this issue, was a good one.

In this situation, all that should matter is what is in the best interest of the children. As their father that should be your focus.