DEAR CRF, IS HE IN A RELATIONSHIP? 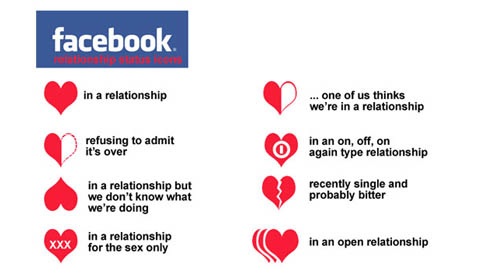 ‪DEAR CRF‬,
“Here’s my new question. There’s a guy that works at the grocery store near my job. For months he’s been giving me looks, asking me how i am and asking to hang out, if i have a boyfriend etc. I had a boyfriend so i couldn’t do anything. Now i am single. The problem is, on his Facebook page it says he’s in a relationship w some girl. Today i finally let him give me his number, but before that i asked if he has a girlfriend. He said no. I was like really? You don’t have one? He said no. But on his Facebook page it says he does….so how should i find out? Message the girl and ask her? Call him and ask him? Or just throw away the number?”

RESPONSE
You already know the answer, your gut is telling you. HE HAS A GIRLFRIEND! While some people may have their relationship status set as other than single to deflect unwanted suitors his status is linked to hers! For that to happen they must accept each other as “in a relationship.” Save yourself the trouble and throw a flag on that wanna be players play!