Dear CRF: I’m Pretty Sure He’s Cheating On Me 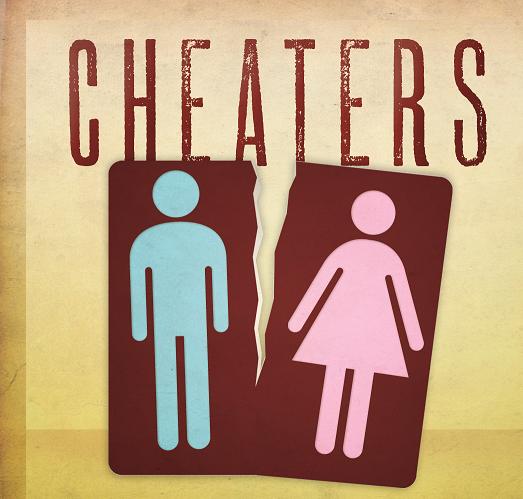 “I have been in a relationship with my kids father for 6 yrs. We’ve been living together for 5. We’ve been thru a lot mostly with him cheating and lying. I’ve forgiven him but I am having a horrible time because he lies about everything! He tells me he’s going to get a lottery ticket then doesn’t come back home for 5-6 hours. I’ve done everything in my power to make this work. And I think mostly because I want my kids to have a home with both parents. I have a feeling he’s cheating (or never stopped) because I’ve found him on Tagged and Mocospace after Googling his nickname with all female friends, etc. My daughter’s friend’s mother came and told me he met her best friend thru tagged. And of course he denies it. I’ve found room keys in his wallet and a used condom wrapper in his pants pocket, but of course had an excuse for each and every one of them. I know I seem like a dummy but I’m a grown woman torn. I’ve never cheated on him! With all of this happening I was 9 months pregnant. Our youngest is now 1 month old. The house we live in is my house and when things have happened previously I’ve asked him to leave including packing his things. But he never leaves!!! The police want to give him a 30 day notice?!?!? I’m all messed up over this situation and just want to be happy. How can u say u love someone, including buying me an engagement ring if you really don’t want to be with that person. There’s So much more to this story but not enough time…”

You said that you just want to be happy; you need to define exactly what that means.  What does being happy in a relationship look like to you? Does the person you want to spend your life with cheat and lie to you every chance he gets? Does the person you want to have as an example for your children go out to the store and not come back for 5-6 hours?  What would you tell a friend or family member who says that they found room keys and condom wrappers in their boyfriend’s pants pocket? You should focus on what your boundaries are with this relationship because it appears like he can do whatever he wants to you and you will accept it.  If that is not the case, love yourself enough to not settle for any behavior that doesn’t improve your quality of life.  Also remember, your children are watching.  Whatever behaviors they see their mother and father exhibit is what they will eventually grow up to believe is acceptable behavior as well.  It is understandable that you want them to be in a household that has both their parents but if there is emotional abuse happening (lying, cheating, disrespect), ask yourself if that is the best environment for them and for you.  Good luck!

This is beyond RedFlags. There's a fire burning in your relationship (his online profiles, used condom), and you are sitting in the middle of it dousing yourself with water as though that will make the fire go away. You have to start demanding the type of love you deserve, and if he's not willing to love you fully and faithfully, you must leave for your own sanity and health (diseases are real). People only treat you the way you let them. Stop letting him walk all over you.

More like lighter fluid and fanning the flames. He only gonna do what she allows.

Most cheaters never admit that they are cheaters.