DEAR CRF, I OVERHEARD MY HUSBAND ON THE PHONE 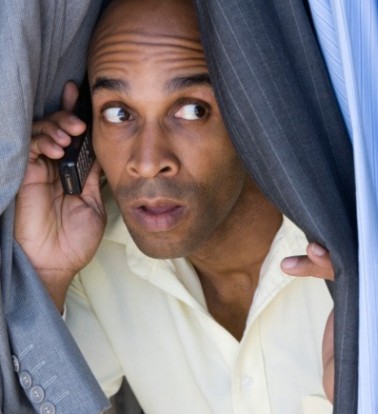 Dear CRF‬, “You walk in the house, go upstairs, and hear your husband on speaker phone with his boy, who happens to be your girl’s husband. He’s talking about divorce, saying he only married your friend because he knew it would lead to divorce and finally give him closure to a 8 year off and on again relationship. He says he purposely hasn’t had a child with her, while she’s been trying to conceive…and says he’s looking forward to meeting his ‘true’ life mate and having kids. Your girlfriend thinks they’re both still in love and still speaks of him highly. You met her through your man and developed a ‘girl’ bond 5 years ago through double dating. Would you say anything?”

RESPONSE
No, I would not say anything to her as my loyalty would be to my husband. Don’t get me wrong, I’d want my friend to tell me too, but in this situation I’d understand why she couldn’t. There is this thing called a marital privilege. The basics is that even the government doesn’t want to get in between the communications of a husband/wife or what they hear/see due to the status of the relationship.

Here the husband is having, what he believes is, a private conversation. For the wife to take what she heard, in her home, from her husband, to someone outside of the relationship is cause for conflict and distrust. I wouldn’t recommend it or do it.

« HOW I KNEW I HAD FOUND MY WIFE (Previous News)
(Next News) DEAR CRF, HE SAYS SHE’S HIS WORK WIFE! »