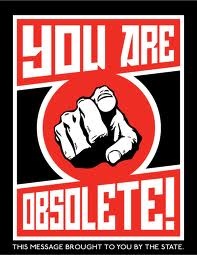 My mother and I had a conversation yesterday. She says that black men are making themselves obsolete. She says they don’t want to put in the time, effort or money to date a black woman, they don’t know their position as a man in the household and they are running away from raising their children in droves. I happen to agree with my mother. I was married to a black man who pretended to be a man like my father while we were dating. My father is an awesome provider who would do anything for his family. He and my mother have been married for over 40 years. I wanted a man like him. What I got was a man who didn’t want to work after we married, didn’t want to help around the house and was very critical of my ambitions. Needless to say that marriage ended after six years and two children. I did attempt to date black men but found them to be unmotivated, unsupportive, uncommunicative, unfaithful and users. I own my own home and when I was single, the black men I dated never wanted to help me with cutting the grass or small repairs around the house. I was told that it was MY house, to hire someone or it was done reluctantly. I have dated white men and never had those issues. They all have been willing and able to do whatever was necessary to help me. I did meet a white man who also owned his own home who would just do what he saw needed to be done around my home without any prompting. He was also loving and supportive and encouraged my dreams and ambitions. I have been happily married to him for over 15 years and he is everything I ever wanted in a man and I was reluctant to give him a chance because he was white. I’m glad I did. But I wholeheartedly agree with my mother when I see numerous posts from black men who make excuses for not stepping up to the plate instead of doing what is necessary to create the loving supportive homes they all say they want. Are black men making themselves obsolete

I don’t necessarily think that this is about black men vs. white men, I think this is more about men in general. Granted, your experiences have been mostly with black men so I can understand your point and being a black man, I can see where it has some validity. However, I believe that there are a number of white women that would say the same thing about white men. Men who are lazy, unmotivated, unsupportive, and unfaithful are not relegated to just one race. The qualities you describe that you were able to find in your husband are values that are instilled, usually from childhood. It also depends on the environment in which they were raised. So in the black men you dated, what were their family values like? How were they raised? A lot of times those values will be a clear indication of what their behavior as adult men will be like. Of course there are those black men who were raised with exemplary values but chose to live contrary to the principles they were taught, and the same can be said for white men as well. Are black men lacking in most of those areas? Yes, we are. But there are also a lot of us that are not. There are black men that are just as caring, supportive, motivated, and faithful as your husband. Are black men becoming obsolete? No, not in my opinion, because it is difficult to generalize all black men based on the couple that you have been in a relationship with. However, what I will say is that we can and must do better

« 10 Ways to Work on Your Marriage Before You’re Married (Previous News)
(Next News) Are You Ready For Love? »