DEAR CRF, AM I WRONG FOR WANTING CHILD SUPPORT? 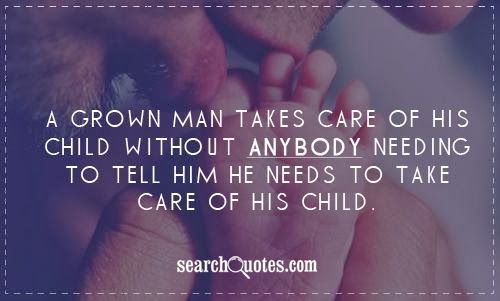 Dear CRF, I don’t know where to start with this story without worrying about people judging me, but oh well. I never seek advice from people online but I guess when you are hurt you can do desperate things to make yourself feel better. This is to get other people opinions  n the hard truth I already know.

I met my son’s father few months after school. I met him at the library while studying for my state board. He was studying for his  too. He and I clicked immediately. He was quiet and really down to earth.

One thing that stuck with me from our first encounter was the sense of alcohol on his breath. This stuck with me because I don’t really like alcohol. I drink maybe once a year.

He came onto me very strong on our first date and it was a turn off for me. I expressed how I felt and he apologized and we took it from there.

He has a son and told me he and his baby mama was not together. I believed him because he used to bring his son to my house. He’s such a sweet kid. The love between he and his son made me to fall for him more.

We hung out everyday and chatted when we were not together. I fell for him fast! We had sex about 4 months into the relationship. We spent so such time together. When he’s not at my place, I’m at his. It made me feel like we known each other for a life time.

Anyways I got pregnant 7 months into the relationship (we were using protection but the condom busted). I was scared out of my mind. I couldn’t believe I was pregnant for a man I only knew for 7 months.

He was ok with the pregnancy when I first told. His response “babe, when babies come babies come.” But then came to me few days later asking to see the proof of pregnancy. I showed him. To my surprise, he said “I’m not ready for this. I want to go back to school. It’s not the right time. I want you to abort the pregnancy.”

I understood where he was coming from but I was hurt from his reaction. I was 26 and never been pregnant and I don’t believe in abortion. I disagreed with him told him I was going to keep the child.

Things were ok for a month or so then it stopped. He stopped spending time with me like we used to. The phone calls went from 10x a day to 5. And said he was a little busy. He never attended any of my appointments. I was so hurt when he didn’t go with me to the ultrasound. I was angry at him and blocked his number for a week. He apologized and we were back at it.

He later told me he never planned to have kids by two women. This shocked me made me feel he and his son mom were still together or he only wanted one kid. I said “well! you should’ve behaved like a man that wants all his kids by one woman.”

Things got better then worse. He asked me to borrow some money to fix his car one day n that he would pay me back 5 days later. I did but he disappeared when it was time to pay me back. For a whole week! I texted, called, and went to his house but couldn’t get hold of him. I was so stressed and felt stupid and hopeless. He came a week later and said he was mad at me for some issues that didn’t make sense to me. I once again took him back.

Then it came to taking maternal picture. He agreed to this but refused to have his picture posted on fb (at this point I knew something was going on). I made a collage with the picture and posted on fb for my baby shower.

Then came a night before my baby shower, his son’s mom called to let me know that they were still together. She said he had been begging her to take him but she refused because she doesn’t want any step child. I was crushed!!! I knew something was wrong but not this. I asked him not to come to my baby shower and told him to go with the girl but to help me with the child. He swears the girl was lying and had his friends to called and beg me, so I allowed him at the baby shower.

He hired a security guard because he said the girl was planning on crashing the party. But the girl told me he asked her to come to my baby shower to show her he didn’t want me.

I chose to believe him because his friends and cousins said the girl was lying and the security guard  thing kind helped his story. Fast forward to the week I had my baby. He was there for the birth and spend the 3 days with me in the hospital. He cooked and brought his son to come see my baby. He wanted to name my child after him but I refused…on our way home from the hospital I saw a picture of his son mom in his phone and he told me his son was messing with his phone n might had took the picture. I didn’t believe so we started to fight. Then he hit me with a bombshell. He said “you had this child to trap me right. You have my ss number so you can put me on child support when you are ready.”

I was in so much pain from the c-section so I told him to forget about me and my child and go. He later apologized. Again! And yes! I continue to deal with him. He was angry at me for spending the first two months at my parents but we began to fight when I went back to my apt. He hit me for the first time. He pushed me,  my head almost hit the toilet. He will lock me in the room and take my baby from me. I remember taking my baby one night and running to my parents. I was a emotional wreck! (I was hiding it from my family because they all thought he was a good guy. He’s very good at putting on a show).

My baby was two months and I was depressed and stressed beyond words! I continue to take him back because I wanted a family for my child. He moved into my apt a month ago but then started sleeping out every night.

In total, he hit me 3x in front of my child and abused me verbally in front of him. The third was the last time! I told him I was done because I do not want my child to be like him (he drinks everyday).

Out of the blue his son mom called to asked if we were still together. She told me she been with him throughout our relationship and he told her some really mean things about me and that I was desperate for him. She said he has been begging her to take him back since I was pregnant and asked her to marry him but she refused. I told her he and I broke up  and asked her not to call me with drama. To my surprise she said “I don’t want any drama. I want you to have him because he stalking me.” Then she told me he abused her the whole ten years they were together.

He once pushed her and she had miscarriage and he used to fight her everyday, he used to drink everyday while driving, he has been in and out of jail and that her mother had to take her son from them at 2months to 2yrs because of the problems they were having in their relationship.  And she said she knows all of the women he been with. She said at the end of the day she always takes him back n she knows about ten women he been with n they all always call back n apologized to her but she was “done with him until he change.” Blah blah n she has her bf.  She also said she heard he bought her engagement ring n wants to take her to court to get married…

I later found out she was only calling to make sure I wasn’t dating him so he can move in with her lol. I don’t understand why she wants to be with a man that treats her like this but again I can’t judge because I allowed him to do it to me too.

I asked him to give me $300 every month since he’s going to be moving out of state but he said it was too much and will help me with whatever he has because he has a life too. I know I allowed this to happen to me and I had a kid by man I don’t know but am I  wrong for wanting to put him on child support? People are saying I’m only doing it to get back at him and that is not it at all!

I’ve been so hurt by him that I don’t have any feeling for him. Plus I really want my son to be a better man. By the way I’m a hard working woman with a good career and I make good money but I feel he needs to take care of his responsibilities.

Just as it took two of you to create your child it’s going to take two of you to support it. If he refuses to do so willingly, the courts can give him the incentive.

As for the rest of the drama. Let it him and her alone. Find your peace.