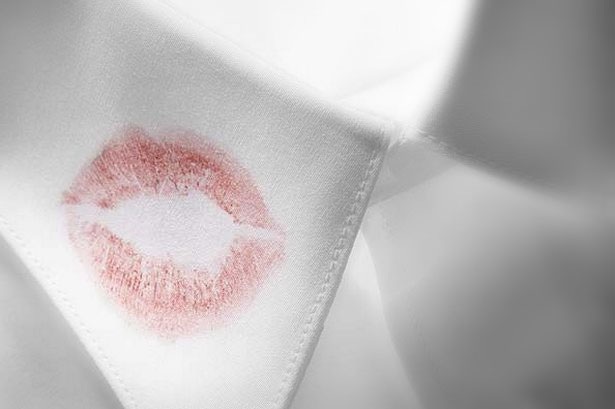 Lately you’ve been suspicious of your significant other. They appear to be taking better care of themselves, spending more time showering, getting dressed and more concerned with their appearance. He or she even went ahead and got that gym membership that you talked about at the beginning of the year. Initially, you were glad to know that all of the so called nagging you’ve been doing has finally paid off. Then it hits you. Not only are they more concerned with their physical appearance, but their new found confidence has actually changed their attitude, for the worse!

They start staying out late, going to parties and events that you aren’t invited to and paying you less attention. This person all of a sudden has friends you’ve never met (and you’ve met all of them, or so you thought)! Not to mention the private phone conversations and the sudden need to have the phone glued to their side. Heaven forbid if you innocently asked, “Who was that on the phone sweetie?” Instead of the usual Chris, Bob, Cindy or Jill it becomes an argument. MAJOR RED FLAG!

You don’t have proof but something just doesn’t seem right. It’s like a dreary thought that won’t go away. You decide to confide in your friends and family but they all say the same thing. “Do you really think he/she is cheating”? Do you have any substantial evidence? Maybe you’re just overreacting!

Deep down you know something is wrong so you confront your spouse. And not surprisingly your spouse denied it. As a matter of fact they acted as if the mere thought of cheating on you was impossible because of the love and respect they have for you. So, like the forgiving person you are, you take their word. You have no reason not to, but for some reason those negative feeling just won’t go away.

You’ve been so paranoid lately. Then all of a sudden it’s staring you right in the face. Maybe you saw the two of them together… You found a phone number and decided to call… You hired a private investigator… A trustworthy friend called to deliver the bad news! However it happened, you finally discovered that the person you love is a coldblooded cheater. You have proof, but now what? The last thing you want to do is overreact, but how could you not?! My advice is simple, so please take a deep breath and think. And try not to do this!

Do not become a stalker!

If you decide to stay with your partner, do not take up a hobby as a psycho detective in your spare time. You are going to have to get over what he or she did in order to move on. Checking up on you spouse is not going to change what they did or prevent them for doing it again. You have to trust that you made the right decision to work it out, and in time you partner should prove to you (by their actions) that it was a one time slip up and it won’t happen again. If it does, maybe it’s time to move on.

Do Not Sleep around!

Sometimes we have it in our head to seek revenge. And revenge to most of us is to do the exact same thing that caused the lack of trust in the relationship in the first place. “She cheated on me so I’ll do the same to her”. Not only is it childish, but it only creates more problems. This may be an old saying but, “Two wrongs don’t make a right”!

Do Not Attack the person they cheated with!

This is a common mistake with many. To go after the other man or woman will not help the situation because this person did not make a commitment to you. There are some instances where the other person may be a friend or someone who is aware that you’re in a relationship, but regardless of that fact, your main concern should be with your spouse.

Do not compare yourself!

I highly doubt that when your boyfriend, fiance, or husband started cheating he thought to himself, “She’s taller, cuter, slimmer, etc”. Same for you men out there! Women are not comparing looks, and if so I’m almost certain this is not the reason behind their infidelity.. That being said, the act of cheating itself is usually deeper than the physical appearance of the other person. Your partner may just have some issues within themselves that they need to work out.

Do Not Blame yourself for their infidelity!

You are not responsible for anyone’s actions but your own, Period! Did YOU cheat? Were YOU unfaithful? Did YOU lie to the person you love? You see where I’m going with this. Unless you gave your spouse permission to see other people, better yet you pointed a gun to his head and said go cheat, IT IS NOT YOUR FAULT!

Do Not Resort to violence of any kind!
(tire slashing, window breaking or domestic violence)

Especially if children are involved. You don’t want to set a bad example for your children. Legal action can also be taken against you. Depending on how far you take it, word can get out about you behavior and you can lose your job (hurt the reputation of your company), friends and disapproving family members. Plus in the end you look like the real idiot.

« THE TROUBLE WITH MODERN DAY MARRIAGE (Previous News)
(Next News) DEAR CRF, CAN I KEEP THE RING? »