Which Of These Intimacy Infractions Are You Committing? 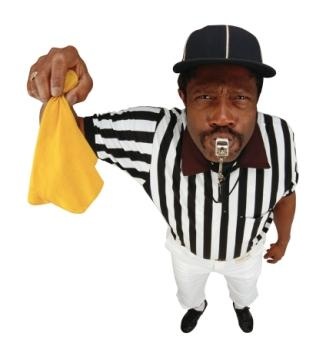 Too many want relationships while they are still angry or hurt about previous ones, but won’t admit it. They expect their new partner to prove them wrong about all their negative ideas about love. Others are in auto pilot relationships where they do what they do because they’ve been doing it, not because it gets them the happiness their hearts actually long for. Still others are putting themselves to sleep night after night with tears in their ears, surrounded by darkness, silently suffering while lying next to someone they’ve been having sex with for years and yet they still feel totally disconnected. Then, there are those who get into relationships wanting emotional availability they are not willing to reciprocate. They claim they don’t know how to love because their sorry family and/or relationship history never taught them how to be in love, but that doesn’t stop them from eliciting emotional attachment from you because they want the commitment experience without the commitment responsibility.

Is it really any wonder that relationship statistics are as dismal as they are? And those are just the ones that get reported. You know good and well that you or someone you know is just a statistic that never got surveyed in any study. Yet there you are, wanting a relationship or in a relationship where you are your own worst enemy. You’ve been sabotaging yourself for years and blaming any and every thing else other than the choices you’ve made. Here are some of the most common ways relationships implode:

Fear – going into a relationship with the primary goal of protecting your heart above all else; perpetually waiting for the other shoe to drop; looking for something to go wrong: creating something wrong if it doesn’t happen soon enough on its own.

Toxic self esteem – ‘low self esteem’ has become such a buzz phrase, it’s lost virtually all its meaning. Besides, it’s inaccurate most of the time. Toxic self esteem happens when someone with a low opinion of themselves in some way creates ways to force anyone who even wants to love them to have the same low opinion. It’s actually an extremely arrogant point of view that usually has the double payoff of making one sympathetic and superior simultaneously. It’s a winning lottery ticket for emotional manipulators of all stripes.

Dishonesty – first with self, then by extension about self to others. This makes intimacy a total impossibility no matter the performance of the partner. No matter how many hoops are successfully cleared, it will never be enough because you’re in love with someone who doesn’t exist; with someone your mate created in order to get you to fall in love with them, even though they very likely have no real intention of loving you back.