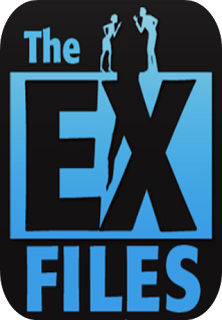 We met through a mutual friend almost two years ago and it became a whirlwind. While I was hesitant at first due to my knowledge of the back and forth routine of his previous relationship (at this point they had broken up twice within a year), I allowed him into my heart, a heart that had been sealed off for quite some time, despite my reservations. Before we started anything. I asked him if he was over his ex because the last thing I wanted to be was a rebound, especially at an age where I wasn’t looking to casually date. He swore up and down it was over and went above and beyond to show me and the world, through Facebook posts and pictures, how “happy” he was in his new relationship. Come six months later, we attend a wedding  at which his ex was in attendance and a week later, sitting in his living room, he tells me he couldn’t be in the relationship anymore because he wasn’t ready. I eventually find out that his excuse of not being ready was really just a nice way of telling me he was returning to his ex.

During the next few months, he and I saw each other a handful of times but he kept in  contact with me every day, multiple times a day, all while being involved with this woman. Yes, I am now aware that I was, indeed the backup plan. The woman who, on paper, was what he had always wanted. The nice girl, the one who came from a good family, the one who everyone loved, the one with no baggage and the one who was willing to do anything and everything for him. The woman who his head wanted but his heart told him otherwise. The woman who he would keep around just in case things didn’t work out with the one he was trying to work it out with and a few months later, the woman who, despite all of the things she had done for him, he was cutting out of his life as if the past  year and half meant nothing.

The moral of this tale: watch out for the ex-gf/bf baggage. If a man, or a woman, jumps into a relationship directly after getting out of one that was so prevalent in their lives, odds are they are doing so out of loneliness and no good will come of it, for you at least. Am I saying to never date anyone who has just gotten out of a relationship? No. However, make sure you are aware of their patterns and if you choose to proceed, do so with caution. Had I known the information I learned after our break-up (that they had “ended” their third try through a fight which left them on non-speaking terms, again) I would’ve realized that it would’ve been only a matter of time before they returned to the beginning of their cycle.