How to Deal With a Strong Woman 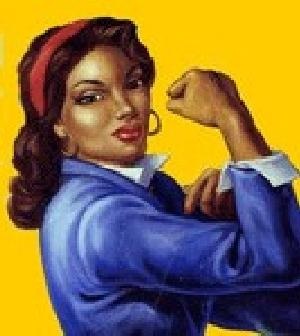 So many men are attracted to strong women (resourceful, beautiful, productive, thinking…) but find difficulty with them because they don’t know how to deal with them. In these days and times the strong women they knew were their single mothers, so their experiences are limited to being a child not a man.

Tonight bros, I will lay out a few of my findings on dealing with strong women.

These are simple and not a complete list by far but I hope something sticks.

Women in general have an innate need for security. Strong women have either been raised in secured structured environments or had to create thay secure environment or both. As a result they expect security and part of that is Consistency.

2. Say what you mean and mean what you say. Speak clear, speak straight. She doesn’t have to like it she just needs to know you mean it.

Side bar: My poetic, deep thinking philosophical, superlatively ethereal brothers…like myself. That urge to send them deep intellectual queues so they can just “Get It” for themselves will not do nothing but frustrate her and in turn frustrate you.

I know that if your MBTI shows you to be intuitive, there is a special genuineness and sincerity you seek in her “Getting It”. It’s like if she gets it on her own, it becomes a part of her soul or something. Yeah well that’s all good …Buuut it’s not happening…at least not out the gate.

Just tell her what you want flat out. To us we’re being as plain as day but to them, we’re beating around the bush. No beating around metaphorical bushes…trust me my dude Don’t hurt yourself like that.

Put the Thesaurus up and talk like you’re writing with a big black Sharpy…10 words or less…the less the better.
Aye I’m helping you out. It’ll take time but you’ll get the hang of it.

Look, strong women have been doing so much for so long by themselves that they appreciate team work and a helping hand. It helps them realize they don’t have to carry it all by themselves anymore or that they have a real partner and not a child.

Bros. Listen… you know how some women take cooking classes and stuff just to be the wife they want to be, or just because? Like that, you need to take some kind of trade. Straight up, plumbing, dry wall, IT , electronics, HVAC, mechanics. …something. You don’t need to go to ITT Tech or get a degree just learn enough to be like… “Baby I got that” (in your coldest Billy Dee voice).

Wait one more….just one then you can stop reading….

4. Initiative. Strong women like men with initiative. Not pretend dreams, but real goals and dreams that you are currently acting upon.

Laziness is probably one of the biggest turn offs for a strong woman. You have to be, must be working towards something with some productive force and reasonable results along the way.

« Dear CRF, He Won’t Be My Facebook Friend (Previous News)
(Next News) How to Deal With a Strong Woman pt 2 »