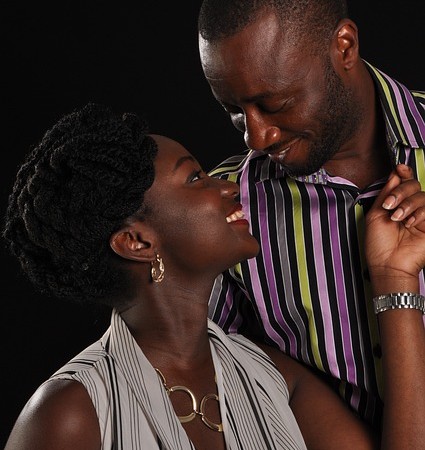 Why do some women feel it is their right to take advantage of the good guy in their life? I’ve noticed women will play games and manipulate men just because he is a good guy. Not the guy who walks around telling everyone how much of a good guy he is but rather the man that shows he’s a good by through his actions.

While at a Happy Hour event last month, I saw a woman who had been drinking tell the bartender to put her drinks on a guy’s bill. She did not ask the man before hand and this man was not her boyfriend nor did she come with him to the event as his date. No, she just knew he would pay for her entertainment because he is a good guy. The bartender advised her that the gentlemen in question had already closed out his bill. So now she had to figure out another way to sucker the good guy into paying her bill.

I watched as she asked to “borrow” the money from him so she could pay her bill. She promised to pay him back via PayPal later. He tried to reject her, telling her that he did not have PayPal but she persisted and in the end he paid her check.

Ladies and gentlemen this type of woman is a red flag. In fact, just recently I wrote a post about men who demand women to buy them drinks. This is no different. A woman doesn’t get a pass to be a user and manipulator just because she was born with a vagina. We scream for equality but some of us treat men as if they are an inferior species. Those type of women aren’t looking for equality, instead they are hoping for an exchange in power where women become the oppressor of men. That is not what love is about. Fellas, if you run into a woman like that put her in timeout until she sees you as a partner instead of a meal ticket.

Ladies, if you are a woman like this then it’s up to you to make the changes to become a better woman. Stop running around out here taking advantage of good men and leaving them bitter and broken for the next women to have to deal with his baggage. In fact, leave men alone completely until you have dealt with whatever damaged you to make you think this behavior was acceptable.

Fellas, let me know about a time a woman tried to manipulate and take advantage of you because you are a good guy. Your story could make it into my upcoming book, Time Out, which will help men identify the red flags in women.
___________________
Written by Dena Reid, Esq., Founder of Code Red Flag and Amazon bestselling author of Flag On The Play. Ms. Reid is also a legally trained Conflict Mediator/Coach who specializes in family and domestic disputes. Ms. Reid writes an advice column, hosts events, facilitates workshops, and speaks nationwide on a variety of topics. For more information email info@coderedflag.com.

I am generally nice guy with little bad boy streak depending on the company I keep. I am a man who is from a family full of women (two younger sisters, seven female first cousins), so flirting and being an all around gentleman is grounded into me at my very core.

I dated a few women in my past, most felt for what ever reason that I was to nice or a complete jerk. So tthere was a young woman that I was quasi dating. I knew she had tendencies to be a user or overstep her limitations. I took her on a business trip with me but didn't realize she had ordered items that was billed to my room thinking it was okay. It was not okay because I was not paying for the room. It was covered by the client who I was there to see.

Needless to say we went out and had dinner before our meeting the next day. She ordered more alcohol and extra food that wasn't even consumed. Because of her I nearly lost a deal that would have put my business further than what it was at that time.

We eventually parted ways after that. She wasn't ready for the kind of people I usually hung around as well as worked with which she admitted to me when I ran into her a couple years later. She's since changed her ways in her approach to men like myself who try to truly uplift the woman he is with.

@kport1 Thanks for sharing that story with me. I will keep it for the book.