STOP BEING A NICE GUY 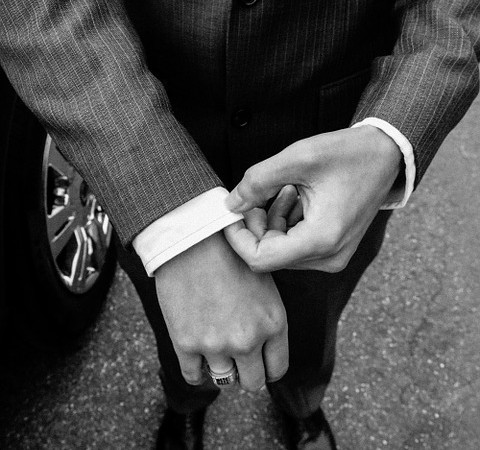 All the time I hear these self proclaimed “nice guys” saying that women don’t want nice guys.  That women want thugs, gangsters, celebrities, or rich dudes.  The previous statement isn’t even true though.  Yes, there are women who have these type of men as their preference, but this isn’t the reason these men get women. But they all do have something in common. But it’s not about them, it’s about you!

The problem with nice guys is that they don’t understand women.  They believe that being nice to a woman is the way to get a woman to like them.  They are being nice to a woman because they feel that this will increase their odds of getting with her.  “Women don’t like gentlemen anymore!”  This shit isn’t true, so stop saying it.  Women don’t LIKE cornballs and lames, and they can spot them right away.

Women aren’t necessarily drawn to thugs, gangster, celebs, and ballers.  Women are more so attracted to the confidence that they exude.  And this is the real issue with nice guys.  They have no confidence!  They are so dependent on pleasing the woman that they haven’t truly established their own identities and as a result, come across as having no backbone.  In private amongst their girlfriends, women laugh and joke about these “yes men,” and often refer to him as “he’s sweet, but he’s not my type.”  And then, she either stops associating with him or places him in the friend zone.

And this is why the Nice Guy is really pissed off.  He doesn’t understand how he keeps ending up in the friendzone.  His tactics of being a gentleman and doing everything he thinks a woman would want him to do isn’t getting him the woman.  But he’s sitting back watching these women fall head over heels over guys who don’t put in a tenth of the effort to please her.

But that’s not the woman’s fault or the other guy’s fault.  This is your fault nice guy.  So here’s some tips to help you out

It sounds like you’re screaming for attention on some “I’m different from the other guys so take a chance on me.”  I’ve actually heard men say to women that they are nice guys.  Women equate the term nice with soft and pushover.  You’re putting yourself in a box by doing that. Also it sounds corny too.  Might as well walk around with a smiley face shirt on.

STEP 2- Start Being Yourself.

A lot of men have been tricked into thinking that dating is about doing whatever is necessary to impress the woman so that she will go out with him.  This type of thinking will either turn you into a nice guy who panders to women or a pimp who lies to women to get what he wants.  Both you want to avoid.  Be yourself.  Focus on who you want to be and what you like to do.  Confidence comes from knowing who you are, and more importantly, who you aren’t.  This step is probably one of the most important in regards to how women will view you.

When you’re confident about who you are, you begin to set up standards for yourself and your expectations of others.  Saying No to a woman doesn’t mean that you’re being mean to her.  It simply means that you’re not on board with what she wants to do.  Men are so afraid of women getting upset if they say no because they think it lowers their chances of women wanting to date them.  This couldn’t be further from the truth.  Initially, the sting of hearing “No” might bother her, but she will respect you for it in the long run.  Saying “No” lets her know that you have your own mind.  Women secretly like to be put in their place.  They like a man who can voice his opinion and take control of a situation, without being disrespectful and abusive of course.  It also prevents you from being in situations where you are stressed out because you are constantly doing things that you don’t want to do because you don’t have the balls to say no.  Being a “Yes Man” is never a good thing.  Women will think you have no backbone, you’re submissive, and you’re prone to lying just to keep her happy.  The best women want an alpha male, not a servant. And if a woman can’t deal with hearing no, then she’s problematic any way. Now look in the mirror and practice saying no.

Women don’t like nice guys that they can walk over, but they also don’t like assholes who think it’s cool to treat them like shit.  Learning to say “no” comes with responsibility.  You just shouldn’t be saying no because you want to be defiant or lay down the law.  Be fair, treat her with respect.  Matter of fact, treat her the way you would want her to treat you.  Be reasonable.  Your word is not the law.  Your “No” is not the final answer, nor should it be.  Your “No” should start a discussion (not an argument).  Now don’t wimp out and cave in to her pleading.  Women have a way of using their feminine ways to turn a no to a yes.  But don’t disregard her as if what she thinks or feels doesn’t count.  The reason I added this step is because when men transition from the nice guy, they usually jump right to the next extreme of asshole which is equally as bad.  Disrespecting her or making her feel less than you is not going to make her like you even more.  It may probably make a woman with low self-esteem dependent on you, but you don’t want that.  “Confident, firm, but respectful.” Repeat that line to yourself over and over again.

STEP 5- Stop Expecting Reciprocation From Women Because You Do Nice Things For Them.

Nice guys are always guilty of this.  First of all, if it isn’t genuine don’t do it.  If you don’t want to do it, then don’t do it.  Don’t do things because you expect her to return the favor or because you want her to like you.  Nice guys do all of these wonderful things for women thinking that she’s going to realize how great of a guy I am and then she will be mine.  That’s not how women think at all.  It’s not about what you do for them, it’s all about how you make them feel that determines your role in their life.  Some of you do too much.  And she might realize that you are valuable to her, but since she doesn’t feel any romantic chemistry, she’ll keep you around as a friend.  Then some next dude with confidence and a strong sense of self is going to snatch her up out of nowhere without putting nearly as much effort or interest as you did simply because she was attracted to what he put out there.  Now you feel used and you’re ranting that good guys finish last.  I’m not saying to stop doing nice things.  I’m just saying to stop doing it because you want something in return.

The problem with nice guys is that they think all women are supposed to like them because they do nice things.  Some women will not be attracted to you no matter what you do.  Stop with these dating formulas.  Even men with confidence and a great sense of self will not attract all women.  But the difference between them and nice guys is that they are wise enough to acknowledge that and move on.  Nice guys tend to get angry when their efforts fail.  Only lames get mad at women for not wanting to get with them.  The rest of us have already moved on to the next.  Stop dwelling on the non-interested women and internalizing it.  Nice guys are prone to being bitter, which causes this false sense of entitlement when dating.  Laugh it off and realize she’s not for you.  Maximize your efforts on being a better you and the right woman will come.  She won’t use you, or put you in the friendzone.  She will like you for you, and you won’t feel like it’s a task to keep her interested and entertained.

So stop being a nice guy.  Be a confident guy. Be a firm guy.  Be a respectful guy.

Bryant A. Buntin is the author of the romantic fiction novel Dear Women I Haven’t Slept With.  You can purchase the novel at dwihsw.com.   You can contact him at info@dwihsw.com