BEING NUMBER ONE IS NOT ENOUGH! 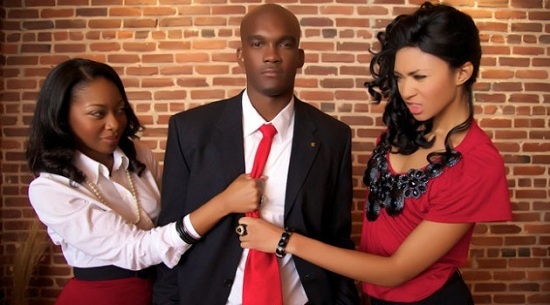 This blog was inspired by a conversation that I overheard. No, I wasn’t ear hustling, it’s just that this female was so loud on the bus you couldn’t help but to eavesdrop on the conversation. She was on the phone talking to another female apparently. It appears that it had to do with her boyfriend. She told the female on the phone “Ain’t you tired of being the side chick? Regardless of what you do, he’s always gonna come home to me. That’s my man, and you need to get your own. I’m his wifey. I’m his #1”. Seriously, this may not have been verbatim, but this was the gist of her argument. Immediately, I thought about the Monica song “sideline ho”, and I laughed inside my head.

I had to explore this. Why would a woman settle for number 1, rather than being the only one? I’ve spoken to a couple of my homegirls on this issue, and the consensus was that all men cheat, and there’s not much you can do about it, but if he respects you, he’ll make sure you never know.

I find this disappointing on two levels. The first is the assumption that all men cheat and have no self control when it comes to their dicks. The second is that most women will accept the fact that their man is having relations with other women as long as there is no emotional attachment to the other women. Are you serious? With that kind of mentality, you will never have a man that is faithful to you. It’s like telling somebody, I don’t care if you take cookies from the cookie jar, I just better not see you do it.

What is even more disheartening is those women, when confronted with the inevitable truth that their man is cheating on them, will confront the other female, in attempt to establish their role as wifey to intimidate the other female. Why are you fighting over him? Why does being NUMBER 1 mean so much to you? Furthermore, you have no idea what he is telling her. He could be telling her that he wants to leave you to be with her, so know you have two queens on the chessboard. You have two women fighting for a position, that when you really look at it, neither one should really want. What’s the reward of being number 1, if you have to watch your back constantly fending off #2, 3, 4, etc? Women who place themselves in these defensive positions have self esteem issues that they are denial about it. And don’t get it twisted, men do it too. They’re out there screaming “Money Over Bitches”, but they’re quick to kill you over a girl.

The main point of this blog is that the bar should be raised. If you’re in a relationship, you should be the only one, unless you’re apart of a swinger lifestyle. If your significant other doesn’t respect your relationship, why should you fight for it, or make it known that you are “wifey”? As soon as that other female let’s you know what time it is, or he gets caught slipping, you should do like Governor McCain and concede. Unless, you want to spend the rest of your relationship fighting women away from your man!

And fellas, no woman is worth you dying over unless she is a relative. Baby moms are not an exceptions, wives neither. Killing a man because he slept with your wife is just as stupid as these females fighting another chick over their dude. Your partner should be accountable. They say love makes you do stupid things. But in reality you do stupid things because you are afraid of losing the love you have.

« DOING TOO MUCH? (Previous News)
(Next News) TIME WASTED vs. TIME INVESTED »