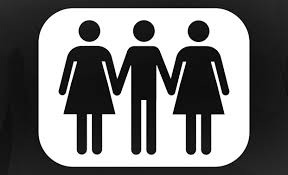 Is it possible to have friends of the opposite sex with little no sexual tension between them? I would most certainly think so. Today, this subject seems to come up more and more as the dating and relationship scene quickly evolve. It is certainly not uncommon for people to have significant others of the opposite gender and even less so for them to have a past. While a lot of current significant others grind their teeth in what seems to be insecurity, many are at a loss on what to do to quell their fears. From double dating to financing complete “chill days” for the bestie and significant other to bond without you there, I’ve heard it all.

When it comes to relationships and friendships, it is most certainly a case to case basis. Don’t ask other people their opinion; it rarely ever falls in line with what they’d actually do. Nonetheless, I have 4 tips to make sure your relationship doesn’t fall to the wayside because of some serious trust issues:

1. Address it with your significant other. This should always be the first thing you do in any situation. Tell them about your uncertainties. They may be open to what you’re saying or not. Either way, their actions will indicate how important you are to them.

2. Be sure to give the friend a real chance at winning you over. In the end, they have nothing to prove to you, but for the sake of peace in your world, they should at least be able to tolerate you.

3. Realize if they wanted to be with that person, they probably would be. It’s very possible to have a friend of the opposite gender that you most certainly clicked with in a platonic way. Brother-Sister vibes happen all the time where there’s absolutely no sexual chemistry. You can think it as rare as you want, but it still happens.

4. Observe their interactions without jumping to conclusions. Sometimes people come into the picture as a devil in disguise. Maybe your significant other’s friend didn’t realize how great they were until you two started dating. Maybe they’ll try to break you up. There’s a difference between being vigilant and looking for issues. In the end you don’t want to be the reason these friends go their separate ways. It may be a blow to your relationship that won’t recover.