HE WAS HER LOVER AND HER SECRETARY, HE DESERVES SPOUSAL SUPPORT 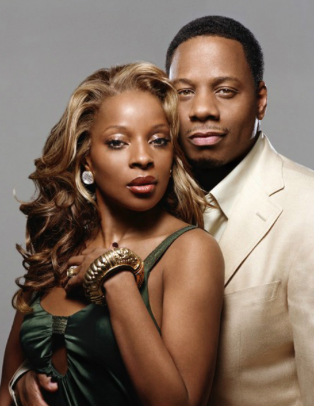 Eleven years of sacrifice and you can leave me at the drop of a dime!

Who remembers MJB crooning those words on the Waiting to Exhale soundtrack? I know I do. While Kendu may not have been Mary’s secretary he was her manager and after 12 years of marriage no one should be surprised that he is asking for spousal support. Unfortunately many men and women are attempting to shame Kendu for his alimony request because well, gender discrimination.

There is a long list of women who were not with their husbands shooting in the gym who not only requested, but received, and were applauded for getting what most us 9-5ers think of as an obsene amount of spousal support. What is often forgotten is that what we think is too much is no more than what they are accustomed to. What they as a spouse earned, yes earned. Whether that money is earned as a household manager or the manager of the spouse’s career shouldn’t and doesn’t matter.

On top of being her manager, Kendu was Mary’s support system. When she as battling her demons he was by her side; none of us can deny that. Mary can’t deny that. She went from searching for a real love, her whole world being upside down, to finally being happy. We all witnessed her evolution through song. A few years ago, Mary would point to Kendu as the man who showed her that real love she had been in search of. So why now, that’s she’s ready to call it quits and Kendu wants to reconcilliate, should he be denied spousal support?

But, didn’t he cheat?

The current rumor being spread is that Kendu cheated on Mary with former video vixen and porn star Karrine Steffans. Karrine has recently denied this rumor and I believe her. Some may be surprised that I choose to believe “superhead” over Mary but let’s think of this logically. Since when has Karrine hidden her sexual exploits? In fact, Karrine is probably more honest about her sexual activity than most women you find in church every Sunday. She’s loose and doesn’t pretend to be anything but, so why would she feel the need to lie now? On the other hand, Mary has been known to try to control her husband by not allowing him to have friends of the opposite sex and even assaulting him when she thought he was flirting with a waitress back in 2009. If she can commit battery and make her husband bleed on the assumption that he was flirting I don’t doubt that she can think he’s cheating by being friends with a woman. In my opinion, she has issues (those same demons) that she hasn’t completely ironed out and she needs to work on those so she can work on having a healthy relationship with her husband.

He asked for how much?

Many are appalled by Kendu’s itemized list of how he would spend any spousal support awarded. The list includes money for his parents, children from a previous relationship, charitable donations, and even $5,000 for groceries. His budget seems extreme to many who have not lived his lifestyle. I question whether those people who are upset that he’s asking for these items question how much and who paid for these luxuries before Mary filed for divorce. I am not alarmed by his ask and think he should be awarded all, if not most, of what he’s requesting. Mind you, spousal support won’t be forever, it’s design is to help the lesser paid spouse transition, regardless of gender.

The next issue I’ve seen brought up is that he signed a prenuptial agreement. But a prenup, like any other contract can be voided. Mary and Kendu signed the prenup 12 years ago, 2 days before they got married. I have not seen the prenup but Kendu is attempting to get it voided for being shockingly unfair (unconscionable is the legal term). That’s a smart negotiating tactic for anyone who is being threatened with divorce, whether they want to reconcile or not. In fact, when I first saw the amount he requested my thoughts were Mary, it may be cheaper to keep him. Kendu is simply hitting Mary with the reality check that reconciliation may be more logical. That with counseling, couples and individual, they may be able to overcome their current conflict. If not, it could cost her millions of dollars in the near future. If they were my clients that’s exactly the kind of reality check I’d give both of them.

At the end of the day, the courts will decide whether he deserves spousal support and in what amount he will be awarded. But after 12 years of being her lover, friend, confidant and support system I cannot in good conscious say he deserves nothing. And if you think he is less than a man for asking then be man or woman enough to say you’re ok with inequality and discrimination.

« CAN YOU BE SINGLE FOR TOO LONG? (Previous News)
(Next News) 5 SIGNS YOU’RE LOVE ADDICTED »

My name is jessica, I was able to spy on my cheating ex phone without her finding out.....it really helped my lawyer during my divorce ...you can contact: hotcyberlord@gmail.com for spying and hacking phones,computer,email,Facebook and other social networks account,his services are cheap... His email address: hotcyberlord@gmail.com and please tell him Jessica referred you to him as he is a man with a heart of GOLD.

Well written argument. A lot of negotiation will still need to take place on all this. Folks just have a lot of opinions based on the surface of it all. If the 'asking list' is crazy, its crazy no matter who actually does the asking...husband or wife.

Great write up and Mary needs to deal with her demons not only for a healthy marriage relationship, but for a healthy relationship with herself in general. How people spend their spousal support is on them, his list should have never gotten leaked out. I received it for a year and it helped me out greatly!

Ain't No Fun When the Rabbit Got the Gun. Either ban spousal support on both sides or quit crying that it's your gender's turn.