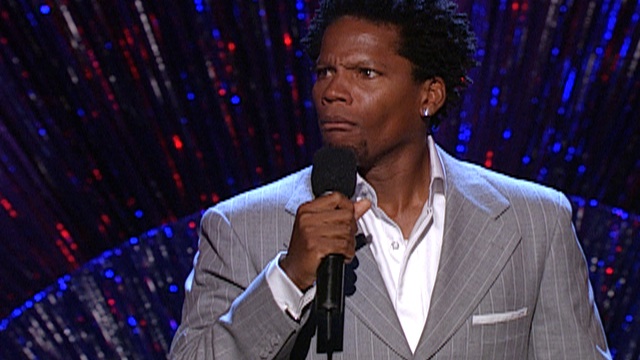 Comedian DL Hughley decided to comment on the Columbus Short domestic violence allegations, but what he had to say was far from humorous. I’d go as far as to say his thought process makes him a #CodeRedFlag.

“The star of one of the hottest dramas in the country, chokes the f*ck out of his wife? That doesn’t ever happen. I don’t think it happened first off. Like the time Warren Sapp was getting ready to do the Super Bowl and some broad said that he raped her. There are just as many examples of women lying on men in the middle of divorce proceedings to get what they want as there are men who actually do anything. My point is if he did what she’s alleging he did, she could still get all that she’s going to have and not bring it up now when it damages his market value that she’s going to be impacted by. If he loses that job nobody’s living in Calabasas anymore.”

“I guarantee you, three years from now she’s going to be thinking, ‘Damn, I should have shut the f*ck up…women always running out the mouth when they shouldn’t.’… This bitch was thirsty. The bitch was thirsty. What, she gone go back to dancing? She gone f*ck her money up?”

It’s one thing to choose not to believe Columbus Short’s wife’s allegations but to say if it’s true that he threatened to KILL her she should have kept her mouth shut so she could get his money is irresponsible as much as it is ridiculous.

His proclamation that this doesn’t happen is opinion not backed by facts. Many men at the top of their careers have been charged and convicted of domestic violence, or even worse, murder. From Chris Brown to Oscar Pistorius (the Olympian charged with the pre meditated murder of his girlfriend) these otherwise successful men illustrate that one’s socioeconomic standing doesn’t alleviate the chance of violence against women.

While the comedian makes it a point to illustrate that there are women who cry wolf, that doesn’t trump the fact that many women are victims and survivors of domestic violence daily so we shouldn’t make light of these acts.

Do you think Hughley’s advice went too far? Sound off.

« How to Deal With a Strong Woman pt 2 (Previous News)
(Next News) Dear CRF, What Are the Rules? »