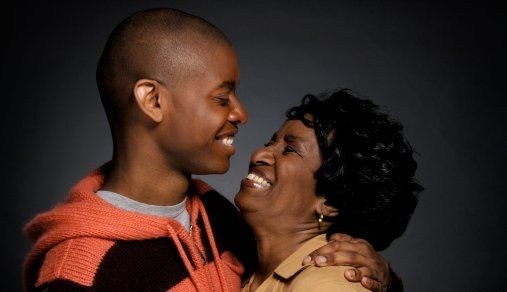 They say that the way that a man treats his mother will speak volumes about how he will treat you. While there can certainly be truth to this, I wouldn’t want you to get your hopes caught up in this unproven and careless theory. I would hope that you would dig deeper and look for more sources to grasp a better idea of who your man truly is and how he really behaves. Don’t worry, I’m here to help you out with this.

First thing first. Let me explain why I have an issue with the mother theory. I do agree that if he treats his mother badly and with disdain and disrespect, there is a great chance that he will show a lesser regard for you. Even though in some cases he could have had a rough childhood which warrants it. That’s why it’s always good to understand somebody’s back story. He might not have even grown up with his mother. She could have been a crack addict, and he may have been placed in a foster home. I’m digressing, but there may be reasons he doesn’t respect her. It’s still a red flag though, and you probably wouldn’t want to date somebody who has emotional issues with the first woman that was supposed to love him. No judgment, but you might want to look into that.

However, I disagree with the notion that if he treats his mother like a queen, that you can expect that same courtesy and privilege. This is a straight flat out lie. How he treats his mother will have very little correlation in how he treats you. It is a different relationship. His mother was the first woman who ever loved him and the first woman he ever loved. She’s one of the few women in his life that he can count on to love him unconditionally. His grandmother, aunts, and siblings would round out the rest. His mother gave him the world. He feels obliged to return the favor.

“I love the way he loves his mother” replies his girlfriend as she chats with her friends. And then one of them responds, “Yes girl. You got you a good man!” Then six months later, she finds herself breaking up with her because he was inconsiderate and at times verbally abusive. She claims she didn’t see it coming, but the truth is that the signs were always there. She just chose to avoid it because she was so infatuated on the relationship he had with his mother and thought this is who he is. How he is as a son and as a boyfriend can be totally different and most of the time they are.

So what are these signs I’m talking about? I have this theory that I call the restaurant rule. I applied this rule to every woman I dated, and I think that women should also do this with every man they are dating. Here’s the premise. When we meet people and start dating, we are out to put our best foot forward. We are trying to impress. Why are we trying to impress? Because the other person has something that we want? Whether it’s a relationship, friendship, business relationship, or just sex. But we want something. So our goal is to get them to like us. So of course, we are going to treat them really good and make them feel special. After all, isn’t that how we get people to fall in love?

But over time, there’s something I noticed. People normally don’t deviate from the way they treat the wait staff. It is subconscious because they aren’t technically a part of the date. They are there to provide a service that they are getting paid for. I often paid attention to how the women I dated treated the waiters. Were they pleasant? Were they polite? Were they demanding? Did they treat them like they were beneath them? I watched the interaction simply because I knew it was genuine. She had no idea that I was focusing on that. If she treated the wait staff horribly, but treated me like a king, I knew she had an agenda. If the wait staff made a mistake and she went off on them, I knew that she had a temper. See, people will treat you good when they need you. But this test let me know how she would most likely react when she no longer needed me or was fed up. If she failed, there would be no second date. I got to know you through your interactions with the wait staff and I didn’t like it.

You can purchase his novel on Amazon, Barnes and Noble, or the website dwihsw.com