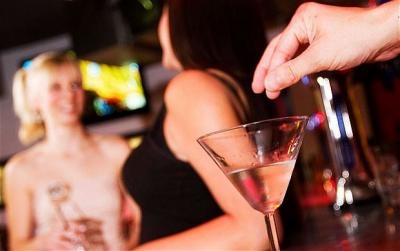 The University of Wisconsin has a scandal on its hands. One of their Greek Houses are being accused of giving female party goers the date rape drug known as roofies.

The Chapter of Tau Kappa Epsilon is under investigation after several women in attendance at a recent party alleged that something may have been slipped into their drinks.

While the Chapter has yet to comment, sources say one Frat Brother has been arrested.

Ladies, as a former bartender let me share some advice. Never take a drink you didn’t see poured. And by poured I mean from the original container into your drinking apparatus. Also, never leave your drink unattended. There are Code Red Flags out there waiting to catch you slipping. Be aware so you don’t become a victim.