I DON’T WANT MY WIFE TO DO THAT: THE MADONNA/WHORE COMPLEX 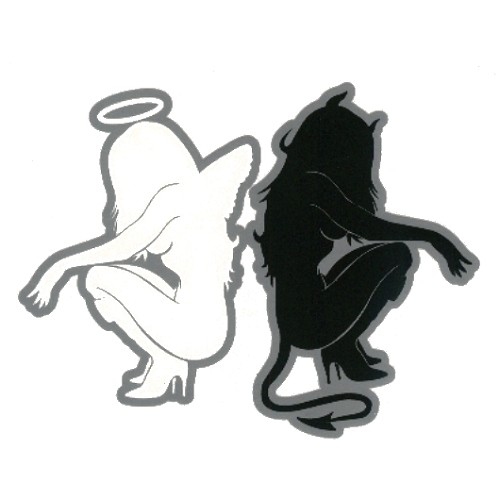 Today, I participated in a conversation about men who forbade, or rather, disliked for their girlfriends, fiancés, and wives to submit to certain sexual behaviors. As a homophobic society, yes even in 2015, the first thought of many was that a man with this preference must be in the closet or a down low gay man. I believe that is ignorance and fear speaking as I have spoken with quite a few straight men who rather their wives be Madonnas in the bedroom (virginal, inexperienced, pure). As such, I thought I’d share some research with you on the Madonna/Whore complex because the more we know the less likely we will be to allow our ignorance and biases to make an ass of ourselves through our juvenile assumptions.

The Madonna is the symbolism for the Virgin Mary, the mother of Jesus. As I stated earlier, the Madonna type of woman is the woman who seems innocent, pure, virginal, or inexperienced. The Madonna is the saintly or mother figure. These women are thought to be admirable by men. As such, certain men believe in keeping them “unstained or undefiled.”

In the social world, the man with the Madonna/Whore complex may be seen as either a pushover for women, or a woman hater—depending upon the situation. See, when intrigued by the subject of his admiration, a Madonna, this man will often go out of his way to prove his worthiness to her. He pursues her aggressively, lavishing her with gifts, servicing her every non sexual need. He places her on a pedestal. His reward, her mutual admiration. On the other hand, this same man will treat sexually liberated women as inferior to him. He will chastise and abuse a woman who he deems to be the Whore; physically, mentally, or emotionally. Either way, this man refuses to see a woman as his equal; The Madonna is superior in his eyes while The Whore is inferior.

Society is quick to assume that men are nothing more than animals with little to no control over their sexual urges and thus assumes that a man who has issues performing certain sexual acts with a woman he claims to love must have homosexual tendencies. But, as explained above, that is not necessarily the case. Men with the Madonna/Whore Complex do not have urges to sleep with other men. Unfortunately, many times they don’t have the urge to sleep with the women they love either leaving both him and her unsatisfied sexually. It is no surprise that many of these marriages end due to the infidelity of one or both partners.

To overcome the complex, a man must realize that every woman he meets is his equal. Just like he is not 100% pure or 100% evil neither is she. Just as he can be an upstanding member of the choir yet still enjoy pornographic materials, so may she. Having sex, or sexual urges, does not make a man a bad person, nor does it make a woman a whore. It makes both genders human.

That angelic, Madonna type, woman a man may want has sexual needs that she will look to him to fulfill once in a relationship. Likewise, the woman that attracts a man sexually likely has more to offer than just what is between her legs. In fact, she can be just as or more loving, sensitive, and nurturing as the Madonna is perceived to be.

Hhhmmm, nah, I see psychological issues long before a relationship is developed. His reverence for me, would definitely be a deal breaker. Great article :)