CONFESSIONS OF AN ENABLER 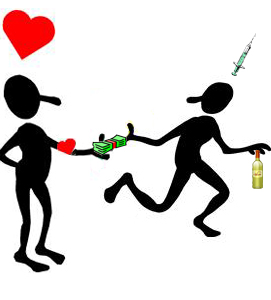 I ran into my ex the other day. This was not the first time our paths crossed after I escaped the toxic, abusive relationship I had with him. But, it was the first time we spoke. After exchanging pleasantries I noticed he was drunk; not tipsy, but drunk…sloppy. That is a regular state of being for him. Through the night I watched as this man groped random women, stumbled over his own two feet, and come close to getting into several fist fights (yes, I stepped in to save him from any violence his drunken stupor encouraged). Watching him I thought wow, I was never really his mate, I was more like his mother. Even worse, I was his enabler. 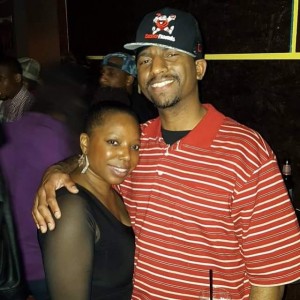 I think this was our last date at the Just Blaze concert. A few weeks later I threw in the white flag.

You see, during our time together his partying, philandering ways was completely supported by me; without me knowing fully the extent of his destructive behavior. He would go out partying or on dates with other women and then not have enough money to pay the rent, buy food, or even get to work so I’d give it to him. After awhile I realized I was subsidizing his disrespect of me. I was enabling him. I was feeding his demons. Even worse, I had signed on to this relationship knowing that he was full of red flags.

I told myself that I could help him. That I was a strong enough woman to assist him in realizing his dreams. But, I didn’t help him, I made things worse. He never learned responsibility. Instead, he shunned it. And I, and the other enablers in his life, paid the consequences; financially, emotionally, and spiritually.

When he blacked out at bars after day drinking someone would escort him home. When he couldn’t make his car payments because he had wasted his money partying his parents paid off his car. When he didn’t have money to get to work because he had squandered his money trying to impress random women I’d give him money for his transit card (or he’d just take my debit card without even asking). When he began to physically abuse me I said nothing and even worse, did nothing. He never saw the consequences of his destructive behavior because he was surrounded by family and friends who would protect him from himself. Though we thought we were helping we were actually the fuel that kept his destructive behavior going full speed.

Our relationship is over and I am thankful to have survived it. While I enabled his destructive behavior, I also played a major part in my own destruction. That’s what happens when you enable a loved one, you allow yourself to get sucked in to their downward spiral.
________________________________________________
Written by Dena Reid, Esq., Founder of Code Red Flag and Amazon bestselling author of Flag On The Play. Ms. Reid is also a legally trained Conflict Mediator/Coach who specializes in family and domestic disputes. Ms. Reid writes an advice column, hosts events, facilitates workshops, and speaks nationwide on a variety of topics. For more information email info@coderedflag.com.

« “BECAUSE I’M AN ADULT”: The Double Standard of Respect in Families (Previous News)
(Next News) ARE YOU SPEAKING HIS LOVE LANGUAGE? »