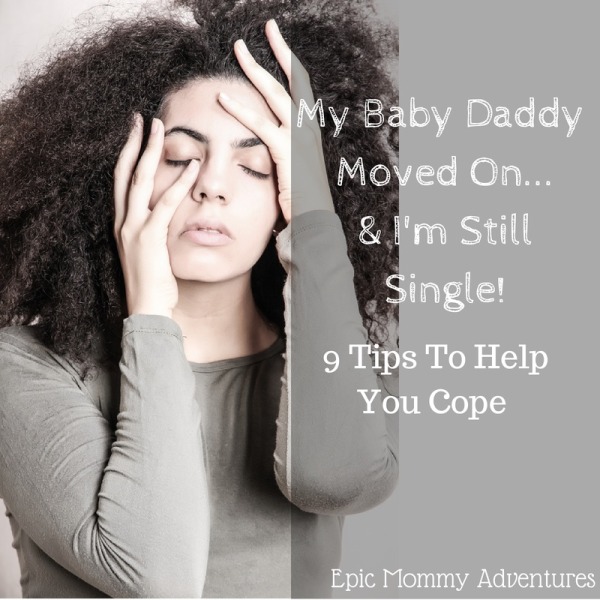 It is tough to watch your ex move on after a breakup, yet you are still single.

If you were broken up with, you’re probably still questioning the breakup. Why did this happen? Will I find someone else? What did I do? In many cases, you may still have feelings for your ex. You may be angry and hurt by the breakup, and it becomes exponentially worse because they have moved on. You may judge whether or not you’ll ever get over these feelings and how you’ll be able to deal with the breakup.

I have had numerous fellow single moms ask how to cope when their ex has moved on. Here are some ways to cope with your child’s father moving on while you’re still single…

1. Come to terms with the fact that he has moved on.

2. Embrace your emotions, but don’t let it overwhelm you.

Allow yourself to experience your emotions on the loss of the relationship, but don’t let it take over your daily life. If you are focusing on the breakup every minute of every day, it is starting to become unhealthy. You definitely need to check your feelings.

3. Focus on your child, not the relationship.

Now that your baby daddy has moved on, it’s time for you to move on too. But not to the next relationship, but to the care of your child. Your focus should be on your child, anyway, but even more so now that he has moved on. It’s unsure if he will be impacted by the new relationship and no longer be engaged with your child, if he had previously been active in your child’s life. Or if he’s not an active parent, he could slip further away. This is the time for you to focus on your child and make sure they have everything they need emotionally. You never know which way it will go, so you need to start focusing on your child and be prepared to comfort your child should it be necessary.

4. Don’t rush on to the next relationship. Give yourself time to grieve and heal.

5. Cut off all forms of communication.

Facebook can sometimes be your best friend, but most often it’s your worst enemy. Don’t look at your ex’s Facebook page to see if he shows a relationship status change. Don’t look for pictures online of him with his new significant other. Don’t do it to yourself! Yes, you have to communicate with him because you have a child together, but nothing more. Unfriend or unlike him as needed – just don’t keep checking out his page reminiscing or worrying about what he’ll post.

« DEAR CRF, I HAVE TOO MUCH TIME INVESTED, SHOULD I STAY? (Previous News)
(Next News) YES, YOU’RE IN THE FRIEND ZONE »